Tulsa Witness Surprised No One Hurt By Giant Pipe WEB EXTRA: Eyewitness To Pipe Accident Tells What He Saw 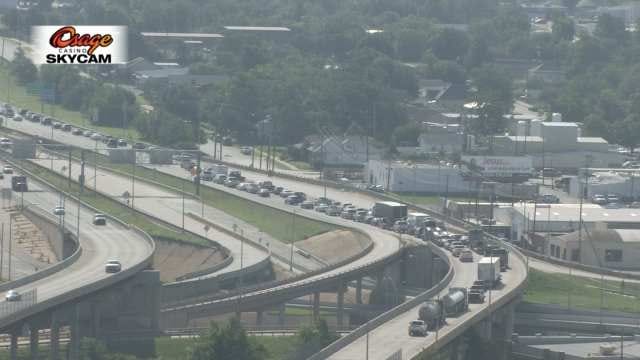 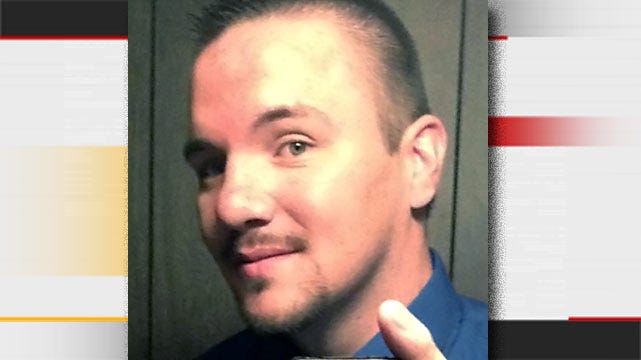 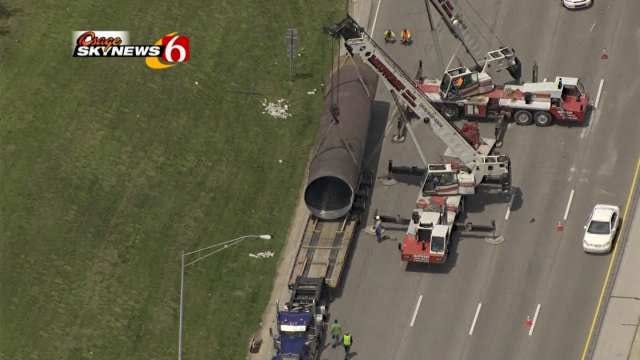 A 25-ton pipe being hauled on eastbound on I-244 through Tulsa rolled off its trailer around 9:00 Wednesday morning.

Images from Osage SkyNews 6 show it plowed through part of the median barrier, but it didn't hit any cars.

The giant pipe did block the highway near Lewis, though, and slowed down traffic until it was lifted up and hauled away about noon.

The highway patrol blames the trucking company for the accident, for not securing the load.

People have died in much less dramatic accidents than this one, in which a 40-foot long pipe secured by chains came loose, spun around and rolled down the highway.

The people who saw it happen couldn't believe no one was hurt.

Pictures show the immediate aftermath; a big cloud of dust around the pipe and concrete chunks that landed in the path of oncoming traffic.

The massive pipe was rolling down the highway after it fell off the truck.

"It looked like an explosion went off from the concrete," said witness Khris Pearce.

Pearce was driving in the opposite direction and saw it happen.

"As it started to clear, we could see the pipe was still rolling behind the truck and they were finally able to stop and everybody was just stunned," he said.

Some cars right behind the pipe were barely able to stop in time, leaving skid marks right up to the pipe.

It stopped perpendicular to the road blocking all eastbound lanes of I-244 near Lewis creating a massive backup right at the end of rush hour. It took three hours to clear the road, lift the pipe and get traffic moving again.

According the Highway Patrol, the driver didn't have the load properly secured and that matches what eyewitnesses saw.

"As the pipe was starting to come off of the truck, what it looked like was the back strap, or chain, or whatever came loose and it caused the pipe and the wind that was pushing it to come off and when it hit the wall, there was nothing you could see because of the dust, it was like an immediate explosion," Pearce said.

Even though a big chunk of the barrier wall was demolished, it kept the pipe from going into oncoming traffic and ODOT didn't get a single report of damage to passing cars.