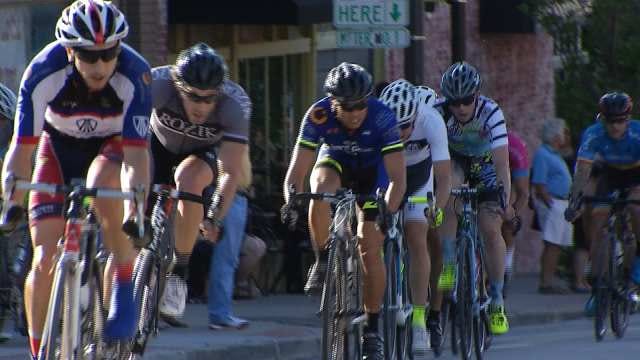 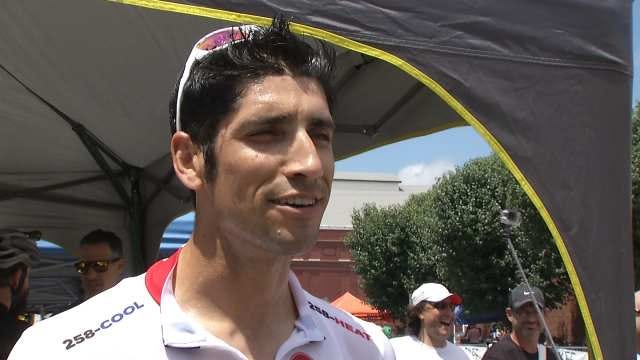 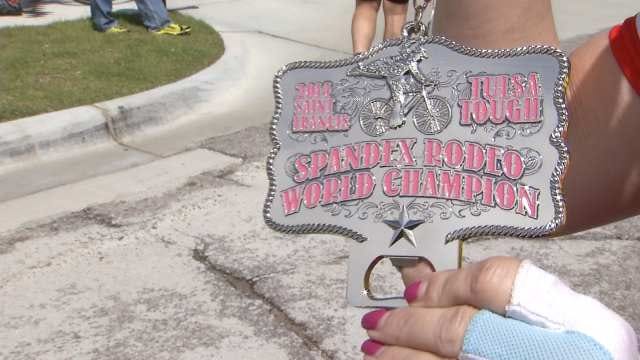 It's Day 2 of the Tulsa Tough and cyclists are descending on the Brady Arts District for fast races and long rides in the criterium.

Here's a live look from our Osage Casino Skycam Network, high above Guthrie Green where bike riders are whizzing past.

It's been a packed Saturday, cyclists from all over the world are competing on the closed course and just up the street, riders are wrapping up a long days ride into the countryside.

Criterium races bring riders through several laps on a closed course. Local rider Guillen won his age group in one of the races.

"It's a pretty special community that we have here," Category 6 Criterium winner Mike Guillen said.

Pedals are turning in downtown Tulsa. The Brady Arts District is the center for all things Tulsa Tough.

"It makes everyone feel like a pro, you know?" he said. "You see the guys on TV are your friends and family are out here cheering everybody on. It's the biggest high ever."

Keep Up With Tulsa Tough Online

"It's pretty flat; it gets pretty aggressive," he said. "There's just a little bitty hill by Soundpony which is where everyone starts picking up the speed...the final descent...coming in 32 miles an hour in the last turn it's a big rush."

Some cyclists steered away from the fast paced turns and straightaways for a course that tested their endurance.

"It's awesome; it's freeing you know?" Gran Fondo rider Pamela Willison said. "You just get to go out there and enjoy the beautiful weather we had today."

Gran Fondo cyclists rode on courses between 38 and 100 miles.

"It's great fun; we do it every year," Barby Pryor said.

Ladonna Baroni rides for the Saint Francis Divas, which supports and encourages women to get into cycling.

"It was fun. It was hard. It was Tulsa Tough," Willison said.

Along with thousands of spectators, medics also are on the sidelines because the danger that looms when cyclists crash.

"They're going so fast, they're so close together..." first aid volunteer DeeAnn Long said.

This is Long's third year working the short course races at Tulsa Tough.

"One little wiggle and you can take everybody out and their arms and legs and the cleats and everything's flying," Long said.

Long says Saturday is slower for them, but things can change when the temperature heats up.

Sunday gets even busier when lively crowds and cyclists meet on Cry Baby Hill.

One of the first things that happens when an injured cyclist comes into the first aid tent is the workers grab them hydration.

Sometimes riders can drain out of fluids quickly.

"These people are going to be out here for numerous hours today," he said. "It's important to be drinking water constantly."

EMSA paramedics are on standby at the first aid tent in case cyclists need more treatment or a ride to a nearby hospital.

"Fortunately, most of the stuff that we see is going to be more road rash abrasions," Perry said. "Those kinds of things from people laying these bikes down because they are going really fast."