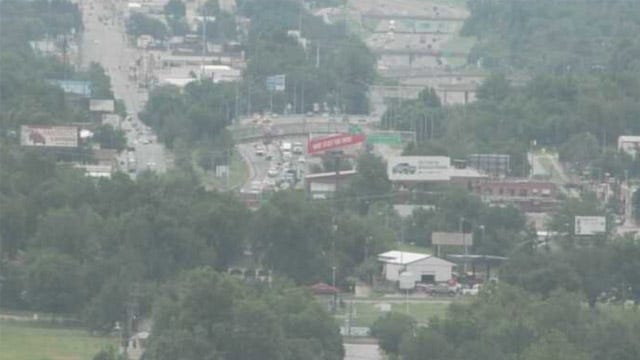 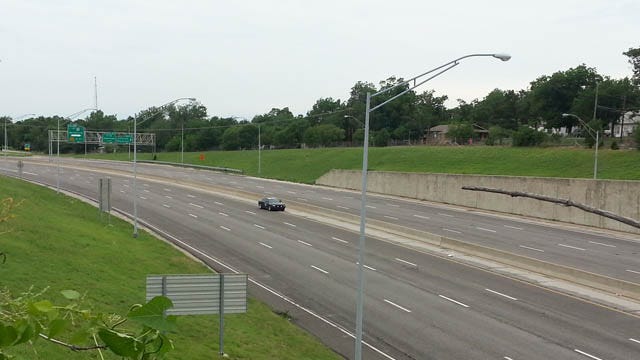 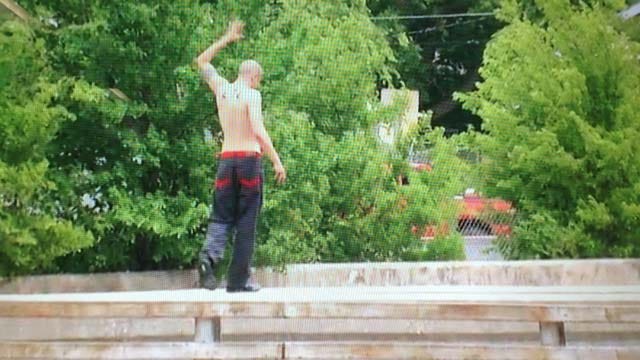 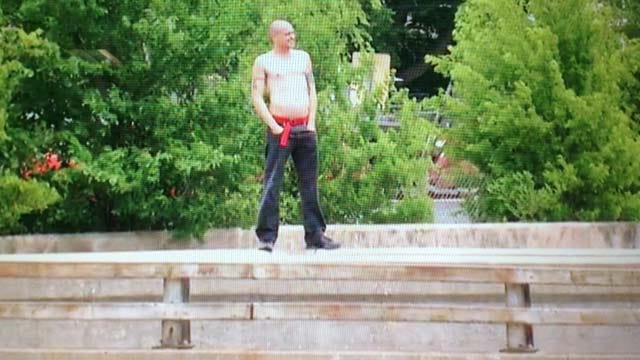 A Tulsa man who spent much of Friday on a utility bridge near the Lewis Avenue bridge above Interstate 244 was taken into custody after an 8-hour negotiation with police came to an end about 8 p.m.

Police say they believe the reason he began walking toward officers was because he began to cramp. Once he was in custody, he began punching at the officers, police said.

After he is evaluated by EMSA, he will be taken to a mental care facility for the night. Police say that because he threw punches, one complaint he could face is assault and battery on a police officer.

For public safety precautions, the Oklahoma Highway Patrol diverted all traffic in both directions until they reopened the roads after a total of 7 hours. The closure caused significant delays for many.

Earlier in the day, police sources told News On 6 that Daryl Kaiser was the man on the bridge and he is a registered sex offender. Department of Corrections records show Kaiser is on probation for lewd acts/proposals to a child, assault and aggravated battery convictions.

Kaiser was laughing and talking with police negotiators while teetering across the utility bridge for about eight hours.

Officer Demita Kinard said there didn't seem to be a logical pattern to his thought process. She said he was lucid sometimes and rambling other times.

At one point in the afternoon, he dropped down to what appeared to be some kind of catwalk beyond view along the bridge, and the crowd gasped, believing he was jumping to the pavement below. Kaiser walked over to the other end of the bridge and lit up a cigarette a few times and took off his shoes and walked around barefoot.

Kinard said that Kaiser didn't give a reason for being on the bridge or make any demands.

The Oklahoma Department of Transportation urged drivers to avoid the area all afternoon. Traffic was detoured to local streets. ODOT used the digital traffic signs to alert drivers to detours, which helped with traffic flow.

Just after 8 p.m., Kaiser walked across the bridge, officers grabbed him and placed him in handcuffs.

Power Restored After Driver Crashes Into Utility Pole In Tulsa