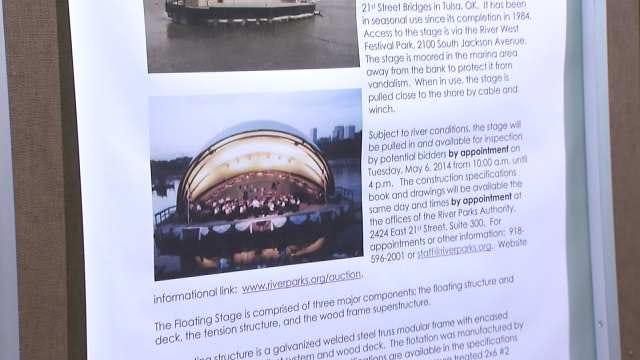 Bidders crowded the aisles at the semi-annual City of Tulsa surplus auction on Saturday, and among the things purchased was the RiverParks floating amphitheater.

"We've never sold another floating stage that I know of..." organizer Larry Hood said. "This is unique."

Hood said the 30-year-old stage that floats on the west bank of the Arkansas River most likely will be cut up and its materials sold.

"It's a great opportunity for the citizens to come out and help return some of the money to the general fund which we sorely need," Hood said.

Last year, the city announced plans to do away with the stage because of a massive facelift to RiverWest Festival Park for new trails, add parking and build a new bridge that would connect to connect the trail that runs across the waterfront.

A spokesperson said the water level in the river is inconsistent and the stage isn't big enough to hold large bands or their equipment. 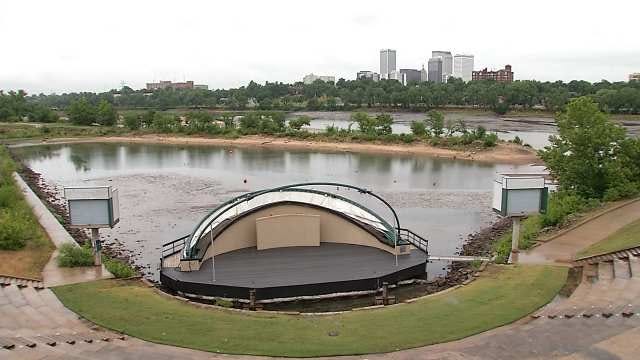