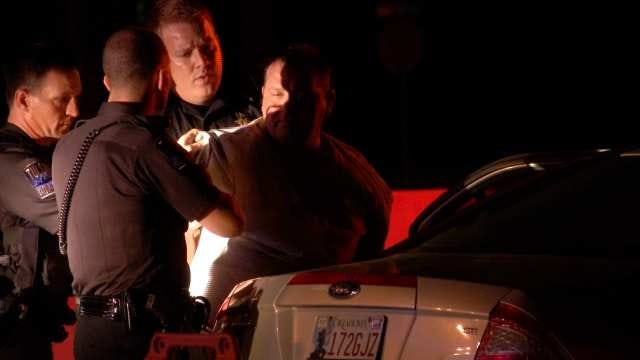 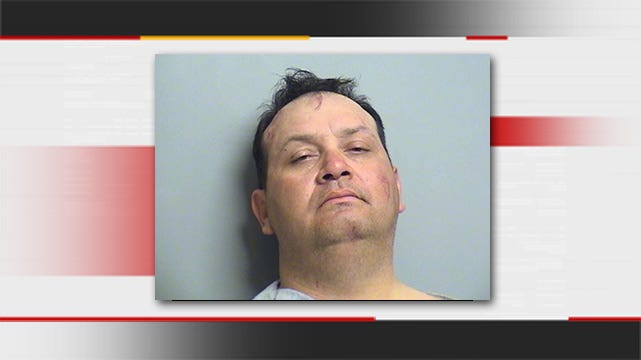 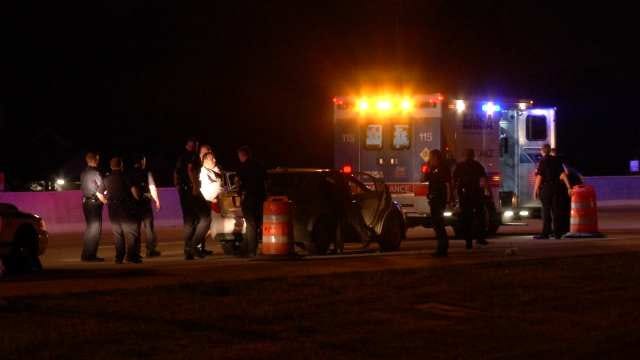 Tulsa police arrested a man after a short pursuit and standoff on westbound Interstate 44 near Harvard early Sunday. Police say they tried to stop the driver after he ran a red light at the Yale entrance to the highway.

The driver failed to yield to the officer initially but was pulled over west of Harvard at about 3:45 a.m. The arresting officer said after he turned on his lights and sirens, Husman sped up to 92 mph and endangered other drivers.

The man has been identified as Sapulpa resident Jason Wayne Husman.

"He repeatedly refused commands over a period of several minutes," said Sergeant Malcolm Wightman with the Tulsa Police Department.

"Officers were forced to approach the vehicle and forcibly remove him from the vehicle."

Husman, 39, was arrested on complaints of driving under the influence - third or more offense, eluding police, resisting arrest, obstructing justice and failure to stop for a red light.