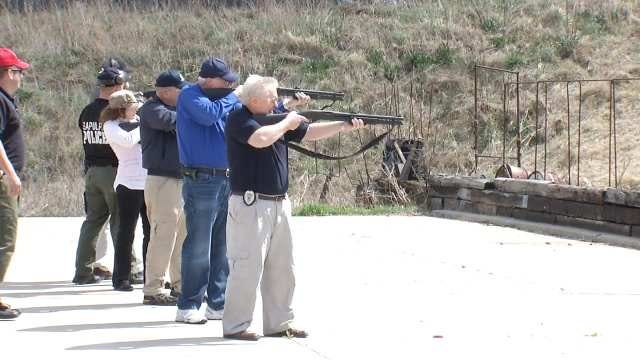 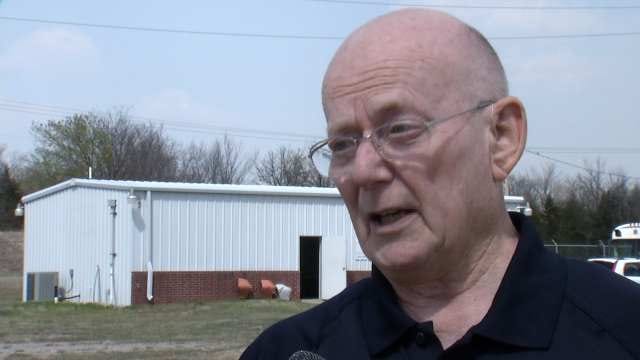 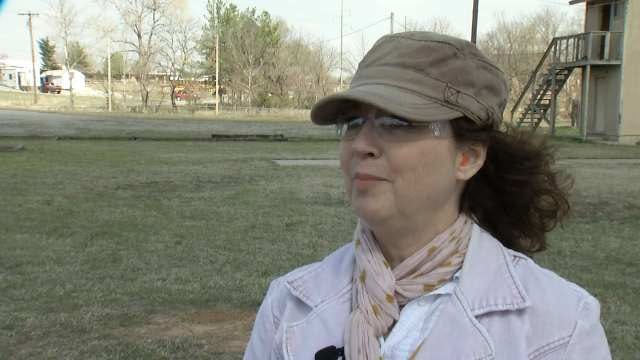 Police departments from around the country sent a few of their very special members to Green Country this week. But the men and women aren't regular officers, they're police chaplains.

These clergy members with a passion for law enforcement play an important role in the departments and this trip is teaching them something new they must learn in order to do the job.

Police chaplains from New York to Texas came to Green County for the annual police chaplain's conference. The training helps them become better support systems for police officers. But at this conference, these chaplains had a new skill to learn.

For Amos, that all changed Tuesday. On a shooting range in Sapulpa he learned how to fire that shotgun. So did dozens of other police chaplains from across the country, whose jobs regularly consist of ride-alongs with cops.

"If something happens to that officer we can't just sit there and just watch him die," Amos said. "If we can see that there's someone coming, we can reach over and flip the switch, grab the gun, step out of the car and start using it."

"We are told that if we want to be a police chaplain and do ride-alongs, we shouldn't do it unless we're willing to shoot to kill," said Tahlequah Police Department chaplain, Buddy Hunt.

Hunt fully embraces his roles as both spiritual advisor and safe keeper.

"If I've gotta be there to help encourage them and to back them up, and I'm willing to risk my life to do that and save their life," Hunt said.

The chaplains all seem to accept their new roles, including Michelle Mitchell with Tulsa County, who hasn't yet had to use a weapon in her 13 years as chaplain.

"Hopefully I won't, but I'll be prepared if I am," Mitchell said.

And for everyone I spoke with, their number one goal is both physical and mental protection for their law enforcement family.

"What they do is vitally important, we need them, and they need support," Mitchell said.

"If I'm not helping someone, then I'm a very selfish person," said Amos.

One recent report the chaplains shared shows 16 chaplains across the nation died in the line of duty last year, so it's about protecting their lives, but of course the officers as well.