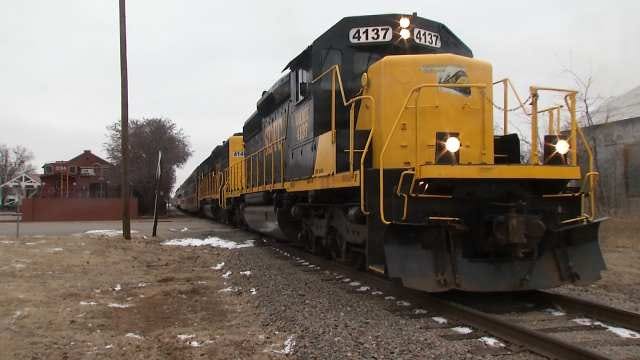 The Tulsa County commissioners passed a resolution Monday morning in support of passenger rail service between Tulsa and Oklahoma City.

The resolution supports an effort in the state legislature to re-establish rail service on tracks called the Sooner Sub.

The Oklahoma Department of Transportation has put the track up for sale and some state lawmakers are fighting to stop that.

"The Tulsa County Board of Commissioners urges, if Oklahoma's Cabinet Secretaries and Transportation Commissioners find passenger rail on the Sooner Sub line to be a viable and economically feasible possibility between Tulsa and Oklahoma City, that the Oklahoma Legislature and the State of Oklahoma allow the process they outlined in Title 66-304.4 to proceed unabated, and allow for consideration of the Sooner Sub line to be retained and leased by the State for any and all rail transportation opportunities."

According to the resolution, it will be forwarded to the Speaker of the Oklahoma House, the Senate Pro-Tempore, and the Governor's Office, and distributed to members of the Oklahoma Transportation Commission, which oversees ODOT.