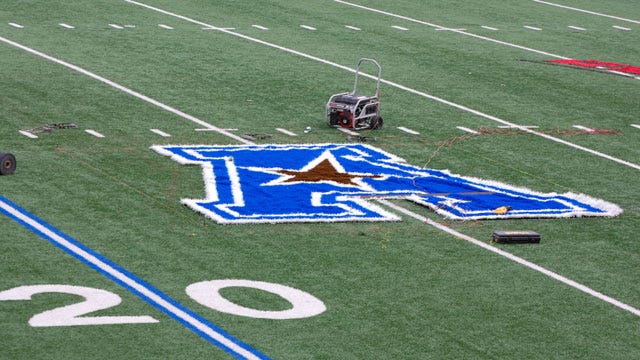 The first visible sign that The University of Tulsa will be making the move into the American Athletic Conference on July 2014 is occurring on campus this week as the "American" logo is being stitched into the turf at H.A. Chapman Stadium.

The process began on Wednesday and is expected to conclude this Friday.