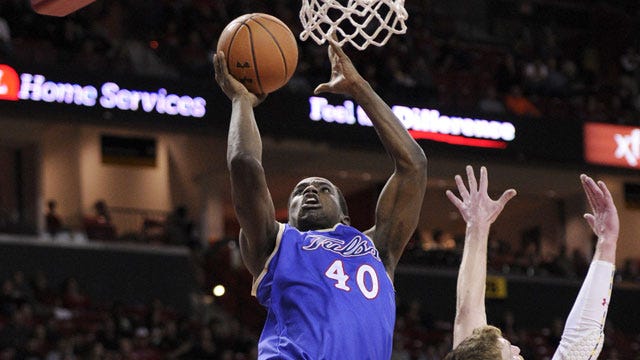 Tulsa held off Southern Miss' late comeback attempt for a 75-71 victory to move to 2-0 in Conference USA action Sunday afternoon in front of 4,221 fans at the Donald W. Reynolds Center. Tulsa now stands at 7-9 on the season and shares the early lead in C-USA action with 2-0 UTSA and LA Tech, while Southern Miss fell to 14-3 overall and 1-1 in league play.

After taking a 13-point lead in the second half, the Hurricane needed to convert 8-of-10 free throws in the final 1:05 to hold on for the victory. Rashad Ray's two free throws with 0:09 remaining on the clock gave Tulsa its four-point advantage.

"We played a great game today on the defensive side of the ball and executed when it counted," coach Danny Manning said. "Both teams really put everything into the game. There was a high level of intensity and a lot of effort. At the end of the day, I thought it was a pretty fun game. We went into the game knowing that this was going to be a defensive battle. It was going to be a grind. Southern Miss is physical and plays great defense and to beat them is big."

Tulsa went out to a seven-point lead, 39-32, in the first three minutes of the second half before Southern Miss cut the Hurricane lead to three points at 41-38 on a Daveon Boardingham jumper at the 14:44 mark.

With Tulsa holding the three-point lead, Swilling's three-pointer with 13:35 left on the clock began a 10-0 run. The Hurricane built a 51-38 lead at the 11:32 mark as another Swilling three-pointer gave Tulsa its 51 points.

Swilling was just 4-of-12 from 3-point range, but each of his treys ignited momentum for the Hurricane.

"Pat has a short memory. That is the way all good shooters are. They just can't remember their misses. Pat has that mentality. Every shot is a new experience. He takes tough shots. We always want him to be aggressive, and he certainly was today," added Manning.

USM kept scratching and coming up with timely three-pointers to slice the Hurricane lead to single digits as a Brooks three-pointer made it a seven-point game at the 8:17 mark. The Tulsa lead stayed between four and nine points until a Michael Craig follow-up layup made it a two-point game at 73-71 with 0:10 left on the clock. Tulsa inbounded the ball to Ray who was fouled and subsequently connected on the game-winning free throws.

Both teams hit three-pointers to start the game as USM's Aaron Brown connected first and Tulsa's Tim Peete knocked down Tulsa's first basket at the 17:19 mark. Peete's trey tied the score at three for the first of six ties in the first half. Each team's largest first-half lead was four points in a half that saw 22 fouls called and 24 free throws. Southern Miss connected on 67-percent from the line, while Tulsa hit 7-of-11 for 64 percent.

The defensive pressure by the two teams resulted in poor first-half shooting, USM hitting on 31 percent and Tulsa knocking in 37 percent of their field goals.

With Tulsa leading by one point as time neared expiration in the first half, Swilling launched a 29-footer at the buzzer to put the Hurricane ahead by four going into the locker room at 32-28. Swilling's last second buzzer-beater proved to be three critical points in the four-point Tulsa win.

Swilling led all scorers with 11 first-half points and led a Hurricane bench that scored 20 of Tulsa's 32 points. James Woodard added nine points and shared the team-lead with D'Andre Wright in rebounding with five.

Southern Miss had three players with six points in the first half, including Aaron Brown, Michael Craig and Daveon Boardingham.

Tulsa goes on the road for a two-game swing against the Charlotte 49ers on Thursday and the Marshall Thundering Herd on Saturday. The Marshall game will be televised at 11 a.m. (CT) on CBS Sports Network (Cox 249).

The Hurricane returns home for a three-game home-stand beginning with Middle Tennessee on Jan. 23 at 8 p.m.