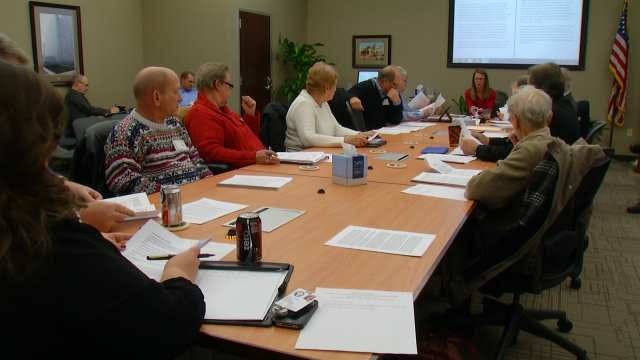 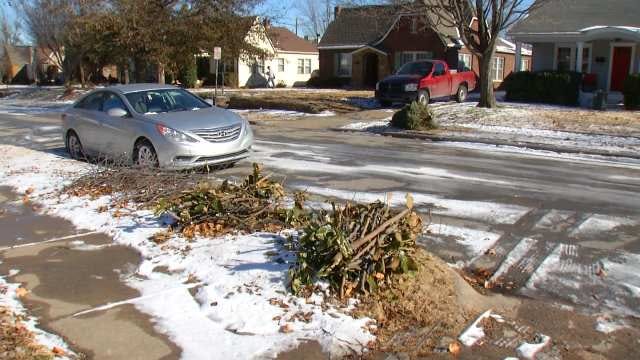 A citizens task force is recommending it change from "everybody in" - to an "opt in" system that would eliminate the plastic bags.

It even could be one of the old trash cans that people used before the new system started. There are Christmas trees, there are plenty of limbs, and stacks of bushes on curbs all over Tulsa - waiting to be picked up.

It's all "green waste," and that is the biggest headache left for the people who oversee Tulsa's trash program.

This committee - with a handful of city councilors and a handful of citizens - is coming up with recommendations they hope will improve the system. During Tuesday's two hour meeting - they discussed everything from scrapping it to several more complex options - but they settled on something in between.

"There's a cost of not doing things," said David Patton of the Metropolitan Environmental Trust.

"I think it gives the citizens the opportunity to have their green waste end up where they want it, and that's at the green waste facility to be mulched," said Karen Gilbert, task force chair.

The problem and the solution is at the green waste mulching site - where anything that's not in a bag can be mulched, but anything in a bag is a problem. The committee is recommending Tulsa keep mulching everything possible - but let homeowners put green waste out in cans if they want it to be mulched.

Their recommendations will go to TARE, the city created authority that controls the trash service. The recommendations aren't binding, but the board chair says they'll listen.

"Oh sure, how could we not," said Randy Sullivan, TARE Board Chair.

Tulsa's city-run green waste program is now costing $200,000 a month - but private haulers say it could be done for half that. The new option might cut into the savings, but the TARE board is about to get bids on what it might cost.

"We can get a recommendation, but like all of life, cost is a major driver in decisions in your life and at the TARE board," Sullivan said.

The committee dismissed the idea of using paper bags instead of plastic - but talked about green waste pickup happening just once a month.

They'll finalize their ideas next week - the TARE board is asking for bids next month, but the timeline for change is uncertain beyond that.

Give Task Force Your Feedback On Green Waste Program