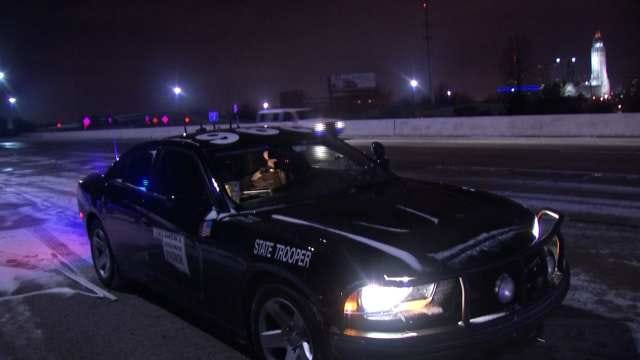 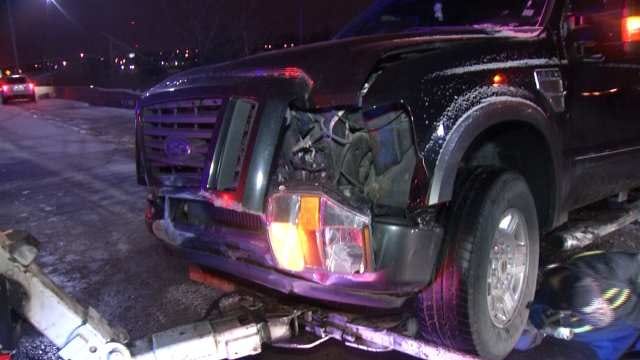 An Oklahoma Highway Patrol trooper arrested a driver on a complaint of driving under the influence after a crash on Highway 75 in Tulsa late Wednesday.

The trooper said the crash happened on 75 near the 7th Street exit in downtown Tulsa at about 11:30 p.m.

The OHP says the driver's Ford pickup truck hit a wall and ended up sideways up against a guardrail.

They say the road was slick at the crash scene.

No one else was involved and troopers said the driver was not injured.