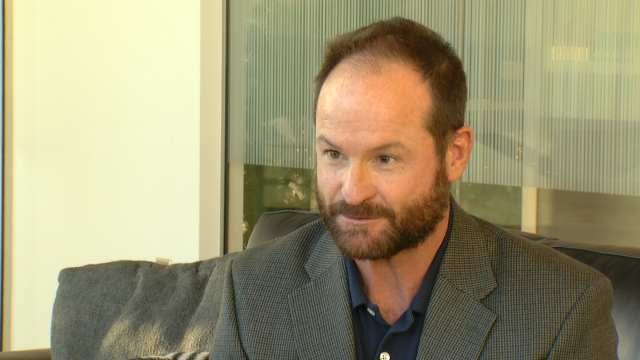 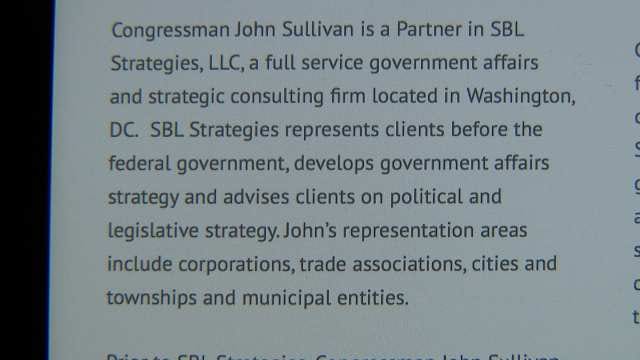 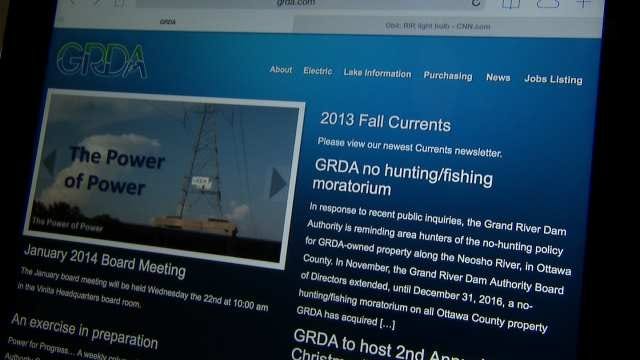 He was known for sleeping in his office to save taxpayer dollars.

But when John Sullivan lost his Tulsa Congressional seat in the Republican primary in June, 2012, he quickly segued into the private sector.

He now lobbies his old colleagues on behalf of a long list of major corporations.

"I'm starting a new deal and a different life, you know, not in politics," Sullivan said.

With a new beard and a new career, John Sullivan is busy.

He is now a lobbyist and the "S" in the newly formed lobbying and consulting firm SBL Strategies, a job he is quick to defend.

When asked if he struggled being a part of the revolving door of Washington D.C., Sullivan didn't seem to mind.

"No I didn't. I didn't struggle with it. I always kind of wanted to do something like this and use entrepreneurial skills and starting a business. And this is what I've done for 18 years," Sullivan said. "I have a lot of contacts in state government and federal government as well. And I'm monetizing it now."

Sullivan's firm has two offices: one in D.C. and, soon, one in Tulsa. He and his two partners focus mostly on energy and transportation.

But it was a lesser known client that got my attention, an Oklahoma state agency, The Grand River Dam Authority.

In a recent board meeting the GRDA approved a contract with Sullivan's firm, paying him $7,500 a month for "legislative services."

Sullivan said it's important to note the agency is run without taxpayer dollars, and it's in the power-generation industry which is heavily regulated by government agencies.

"They need that kind of help," he said.

He's no longer sleeping on a blow-up mattress in Washington D.C.

And while he still travels back and forth from the nation's capital, Sullivan is spending more time at home in Tulsa.