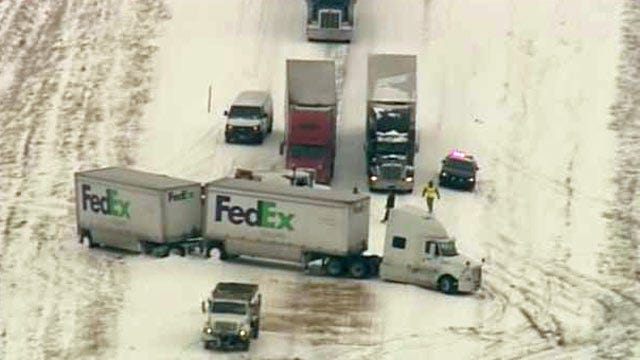 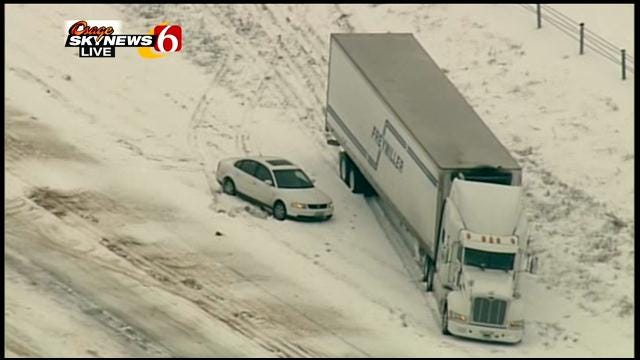 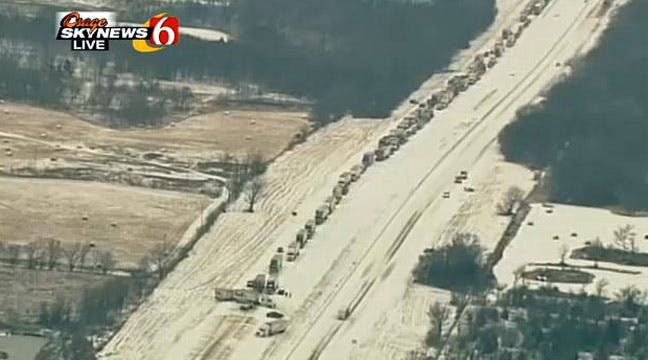 "The roads are still slick, snow and ice covered," said Osage SkyNews 6 pilot Will Kavanagh. Two other vehicles were also off the road on westbound side of the highway.

Traffic was backed up for miles on eastbound Interstate 40 in Okmulgee County. Sand trucks helped to clear the scene.

At about 1 p.m. Osage SkyNews 6 discovered two other semis off the highway about 8 miles east of Henryetta.

Okmulgee County was pounded by hours of sleet on Thursday topped with Friday's snow.

Osage SkyNews 6 pilot Will Kavanagh flew down Highway 75 to Okmulgee County and found some drivers over confident, leaving the plowed lanes to pass slower drivers.

Be careful while on foot as well - paramedics are responding to numerous injuries from falls.

Okmulgee County Emergency Management Director Tim Craighton tells us there were no power outages, no major accidents to report, and - for the most part - people stayed off the roads.

ODOT and City crews were out plowing and treating roads all morning, but now that the snow isn't erasing all of their hard work they hope to clear the roads ahead of whatever is coming next.