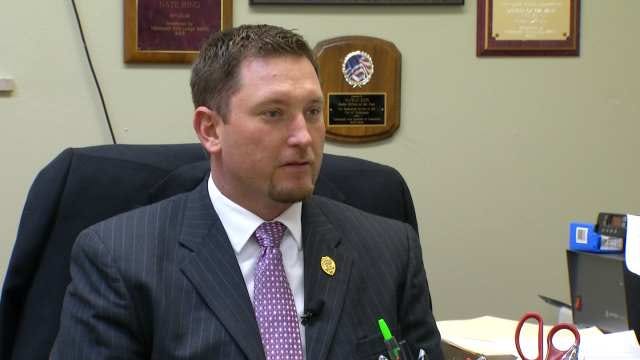 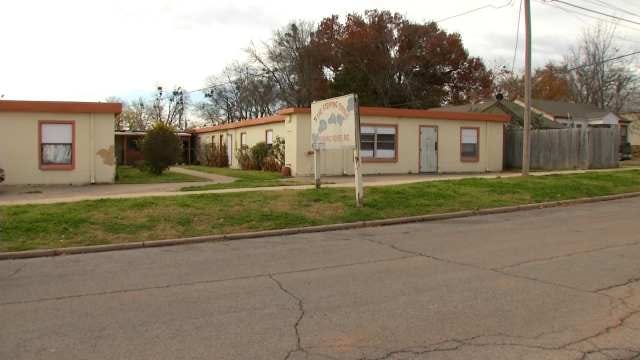 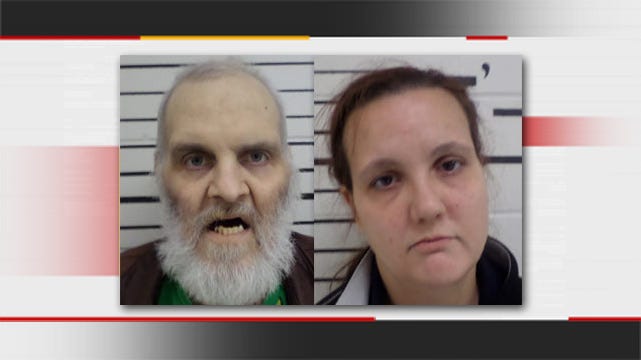 The death of a 3-year-old boy brought even veteran police officers to tears. The bruised body of Dakota Sanders was found in a Tahlequah rooming house.

Dakota's mother, a day care worker, and the man they lived with, are both being held on murder complaints.

"[It was] fairly obvious the child had been dead for some time," said Tahlequah Police Chief Nate King.

Sanders and Ellison are being held without bond on first degree murder complaints. Investigators say the boy showed signs of being strangled or suffocated. Police Chief Nate King says the death is especially heinous, even for veteran officers.

"You see tears being shed by men that have been doing this for 20 years, you know it's a bad situation," King said.

An affidavit says Dakota would cry and scream as Sanders tried to put him to bed, causing extreme stress for her and for Ellison, who has cancer. Sanders said she gave the boy to Ellison and left the room, and when she came back, Ellison was asleep with Dakota wedged face-first in a recliner under his arm and body, and that Dakota appeared lifeless.

"There was a coldness there," King said. "People don't put dogs down as coldly as this child was."

Police said, 30 minutes later, she took Dakota to a babysitter at the rooming house. The neighbor thought he was asleep, but a couple of hours later, saw he was unresponsive and had a manager call 911.

"Been involved in a few of them in my time in law enforcement and it never gets easy," King said.

The affidavit also says Ellison has disciplined Dakota before by hitting him with a broom stick, so that he didn't have to get up and chase the child.

"I have a young child myself and it's just horrible," Groover said.

Sanders has worked at the Toy Chest Learning Center daycare for the past year.

"My only reaction was, 'Oh my God,'" said the center's director, Erika Lloyd.

She said she never had problems with Sanders and that she loved working with children.

"Totally out of character," Lloyd said.

Police said Ellison refused to talk, telling them, "I've watched all of the police shows, so I know what's going on," and "he needed to protect his rights."

Police said the couple and Dakota lived in deplorable conditions, with thousands of roaches, and that Sanders showed no emotion over the death of her son. They said she seemed concerned only about Ellison going to jail and making sure she got his checks cashed.

King said anyone who knows anything about the circumstances surrounding the child's death can call 918-456-8801.