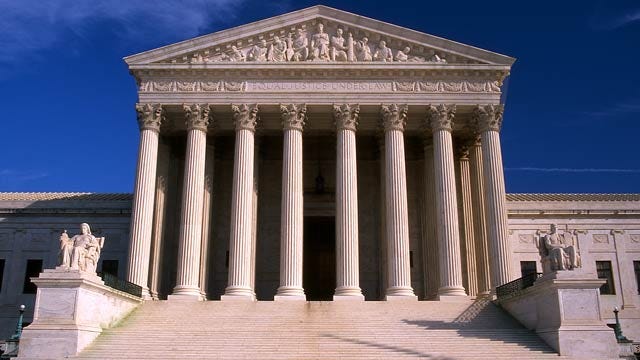 The U.S. Supreme Court has rejected Oklahoma's bid to revive a state law that the Oklahoma Supreme Court said would effectively ban all drug-induced abortions.

The justices did not comment Monday in dismissing the state's appeal of the Oklahoma high court ruling that struck down the law last year.

Monday's action follows an unusual request by the justices for a clarification about whether the law that was passed in 2011 applied to three specific drugs that can cause abortions - including mifepristone, more commonly known as RU-486. Last week the Oklahoma court answered yes.

Oklahoma is among five states - the others are Arizona, North Dakota, Ohio and Texas - that have sought to restrict medical abortions by limiting or banning off-label uses of drugs.

Martha Skeeters, president of the Oklahoma Coalition for Reproductive Justice, a plaintiff in the case issued the following statement:

"This dismissal of the state's appeal by the U.S. Supreme Court is a powerful statement of the law's unconstitutionality, effectively acknowledging that the law was not designed to protect the health of women but rather to remove the safe, legal and effective option of medication to end an early pregnancy and showing that the law endangers women suffering from ectopic pregnancies by denying the most common treatment.

We urge the Oklahoma legislature to stop passing unconstitutional laws meant to punish women trying to exercise their constitutional rights. We hope that in future politicians will show more respect for women and their health. With this unconstitutional law they disregarded the progress made in healthcare in recent years and put their own ideology ahead of the expertise and sound medical judgment of doctors, who obviously know better than politicians what treatment their patients need. It is really outrageous that legislators would require an outdated medical treatment that requires more medication than necessary while claiming that the law protects women. It is time for this war on women to stop!"