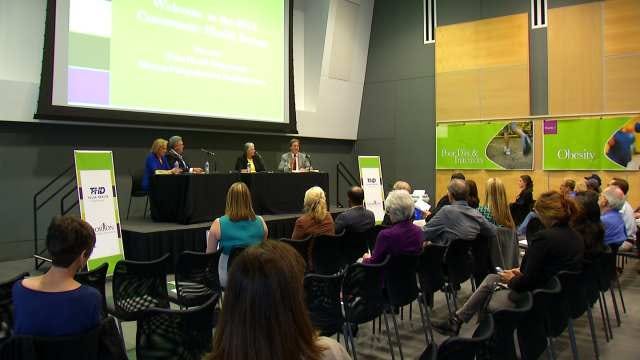 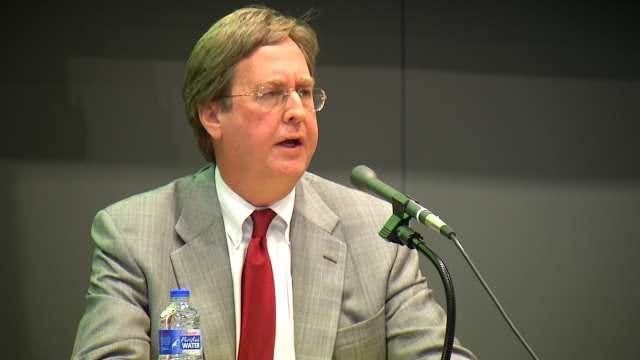 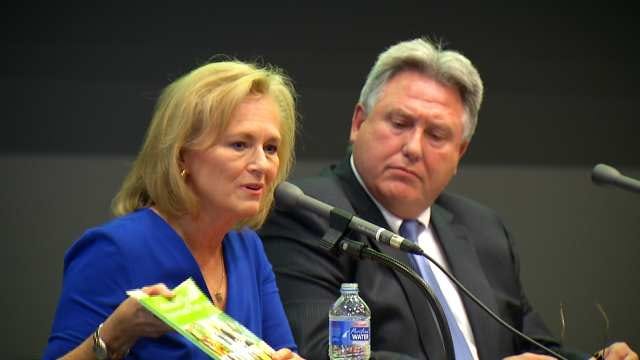 The candidates for Tulsa mayor hope the best medicine for their campaigns is a debate over the city's health.

Mayor Dewey Bartlett and former Mayor Kathy Taylor faced off Monday night on how to make Tulsa a healthier place to live.

People heading into the meeting were interested to hear what the candidates had to say about health education.

"Most of our school systems are challenged as far as economic, as far as poverty levels, and I think whoever becomes mayor would have to be champion of those groups," said attendee Theresa Hinnman.

Stacy Frisbie is a pediatric nurse. She said to improve the city's health issues, the mayor should start with addressing childhood obesity.

"One thing that could sway my vote one way or the other, if they specifically addressed kids. I don't think kids have a voice, it's our responsibility to be their voice," Frisbie said.

Mayor Bartlett said the creation of more full-time jobs is key to creating a healthier community. He said under-insured families, without the incentives of employee benefits, are an issue.

"So the balance of it is left up to Medicare, and that is, to me, a huge problem," Bartlett said.

Taylor said, when she was mayor, she tackled the issue of "food deserts" in Tulsa.

"There were places where people simply didn't have access to fruits and vegetables," Taylor said.

Both candidates agreed on creating more resources for public transportation, including improvements to the city's sidewalks.

"Instead of grandiose general discussions, I want to hear concrete details," on attendee said.

The candidates will soon square off right on News On 6. The two will be on Six In The Morning on Tuesday on November 5.

Early voting starts two days after that on November 7, and Election Day is November 12.