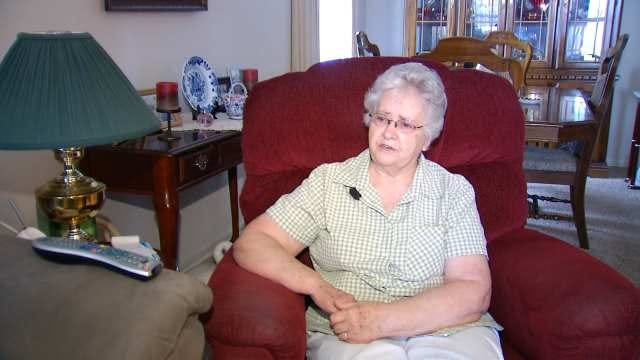 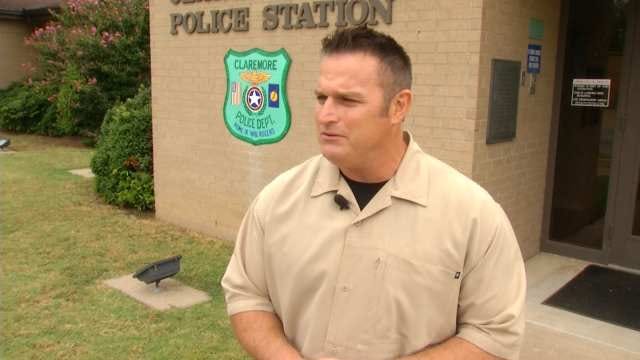 Claremore Police are searching for two men who are posing as city workers and preying on elderly women.

It happened twice this week. In both cases, the men were wearing blue shirts that are similar to Claremore city workers. One victim told us she feels stupid for letting the guy inside her house and now her sense of security is shattered.

It was 2 p.m. and Flossie Sanders was home alone. A man knocked on her door, claiming to be a Claremore city worker.

"He told me that he was with the men that was working on the water lines across the street and that he needed in to check my water pressure," Sanders said.

So she let him in. She said he went to her bathroom to check the water pressure, then outside to look at the water lines and meters.

"He said, 'Can we go back in the house and flush your toilets one more time?' He said, 'I think that will make it work better,'" Sanders said.

She said the man then told her he needed $23 to buy fluid to flush out the line. She got her purse, handed him the money, and then he told her to turn on her washing machine, while he checked one more thing in the bathroom.

"While I was back in there, I said something to him and he didn't answer me," Sanders said. "I just left the washer and I came back to the hall and looked around my bathroom door and he wasn't in there, but there was my purse and it was upside down in the trash can. Then I knew what had happened."

The man got away with her wallet, which had her ID, credit cards and money inside.

But there was one irreplaceable thing he also took.

Claremore police say it is common for city utility workers to come inside homes to do work.

"Ask for their credentials. They should have an ID. If they don't have any identification, deny them access. Do not let anyone in your house," said Assistant Chief Charles Downum.

"I should have asked him for ID, but I didn't, because they were working out here and I believed his story," Sanders said.

She said she did see the man drive away in a beige colored car.

The same day she was robbed, police said another woman on the other side of town was also robbed.

Police believe two people were involved in that robbery and they also speculate the crooks may have just been passing through town.