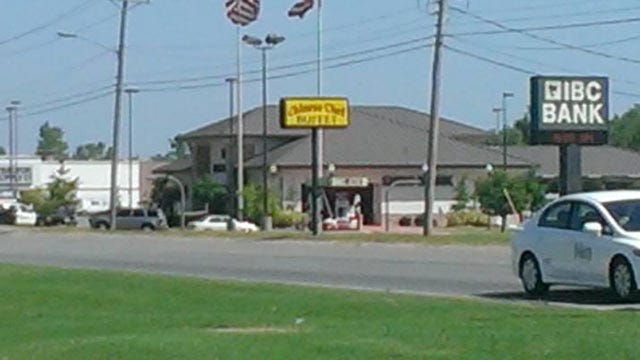 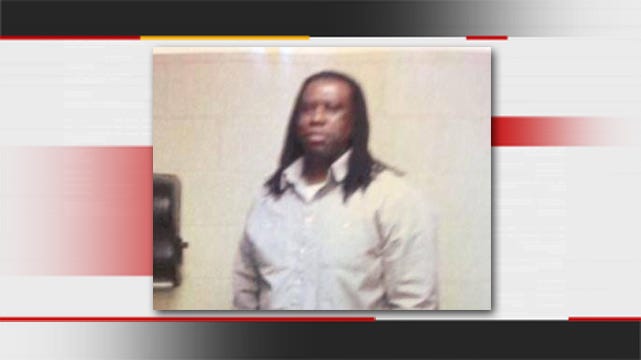 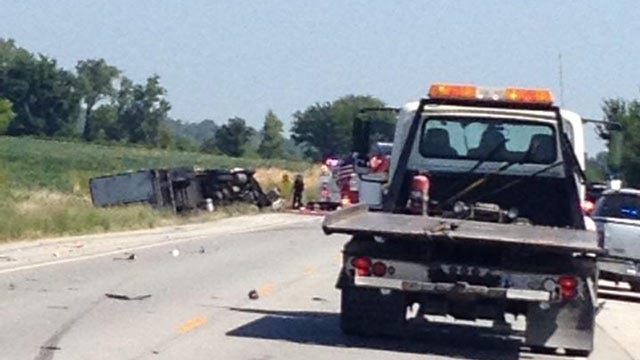 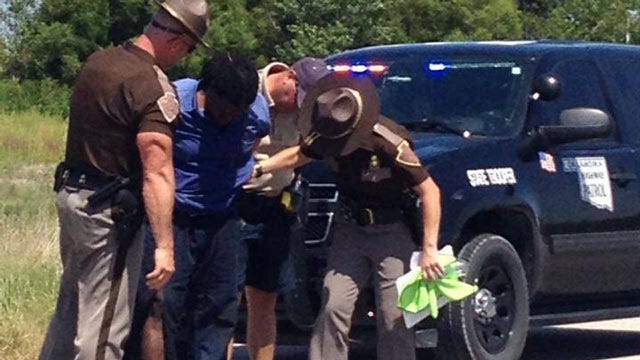 Authorities say Harry Dishmon, 48, attempted to rob the bank, then drove away from the scene causing a deadly accident.

The victim was a semi truck driver. The Oklahoma Highway Patrol identified him as James Wivell, 48, of Longmont, Colorado.

The OHP says Dishmon walked into the bank and handed the teller a note demanding money. He left without money and drove away, heading north on Highway 69A.

The Quapaw Police Chief clocked him at 100 miles an hour, as he drove through town.

Just north Quapaw, troopers said Dishmon tried to pass a semi that was carrying orange juice. They say he lost control, eventually ending up in the fence line.

James Wivell's semi also lost control, flipping onto its side, sliding off the road and into a ditch. Wivell was pronounced dead at the scene.

"He got out and went off on foot, only went about 40 yards," said OHP Capt. Jack McCoy. "The brush is extremely high and there's a lot of grass, and he buried up pretty deep and was not visible."

McCoy said Dishmon stayed hidden in the brush for nearly two hours before an OHP airplane spotted his blue shirt from above.

Investigators say Dishmon was not injured, only suffering from dehydration. They say it's unclear why he left the bank without money, but he didn't appear to have a weapon.

"No weapons on him, there was no weapon seen at the bank. He presented a note and indicated he had a weapon, but no weapon has been seen or found," McCoy said.

Investigators say Dishmon gave them several aliases, but they say they know he's from Tulsa and has several felony convictions. A search of court and Department of Corrections records yielded no results for that name, though.