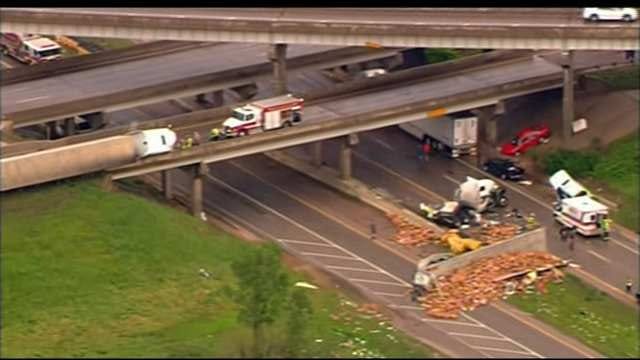 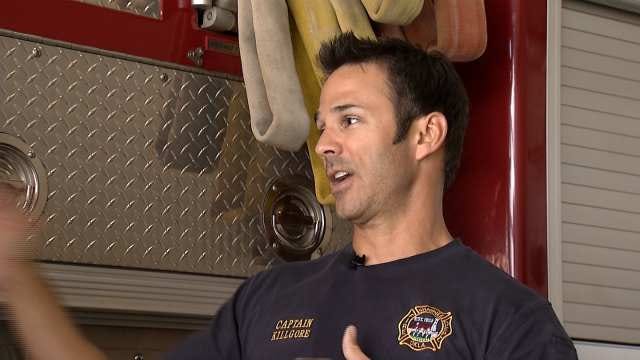 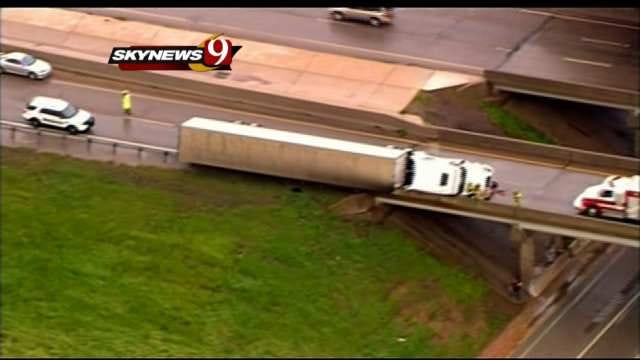 The winds in Sunday's tornado in Shawnee were so strong, they blew a semi and another vehicle off an overpass onto the highway below--a 30-foot drop.

Two people were ejected, two others were trapped in their vehicles. It was chaotic.

We went to Shawnee today and talked to one of the firefighters who helped rescue those victims.

"It was mayhem, just mayhem, really--people laying out on the highway, vehicles turned over. You could see the debris," said Shawnee Fire Captain Scott Killgore.

The two people who had been ejected and had serious injuries, and they were treated first.

Three people were trapped. The man in the semi truck that had dropped 30 feet to the ground below thought he had a broken back, so getting him out was tricky.

"We attempted to pop the door, cut the seat out, then just opted to take a sawzaw and cut the side wall out of the bedding area and took him out that way," Killgore said.

Then, they went up top to rescue the man in another truck that was teetering off the edge of the bridge. Since his injuries were minor, they did what they could to stabilize the truck, then pulled him free.

"We went ahead and cut the windshield out and tied a rope on some of our guys and sent them into the truck, tied a rope around him to secure him, because he was right over the drop of I-40 down to 177, and got him out," Killgore said.

All of that sounds harrowing enough, but then you add in the pounding rain and the howling winds. Even veteran firefighters were shaken by the intensity of it all.

"When the rain hit, you couldn't see very well. We thought it was rain wrapped again and possibly coming back through, it was a little scary out there," Killgore said.

The first responders out there really put their lives on the line in dangerous conditions to save those in need.

Firefighters say it's amazing no one was killed when those vehicles flew off the bridge.