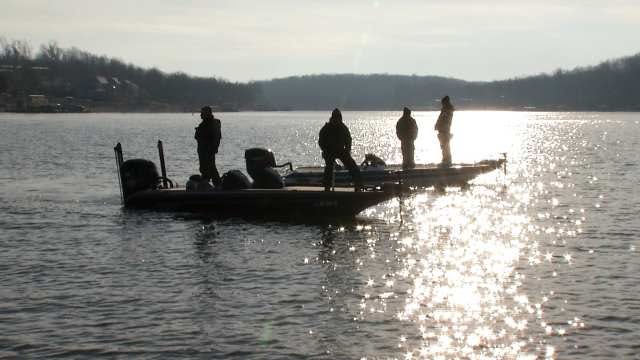 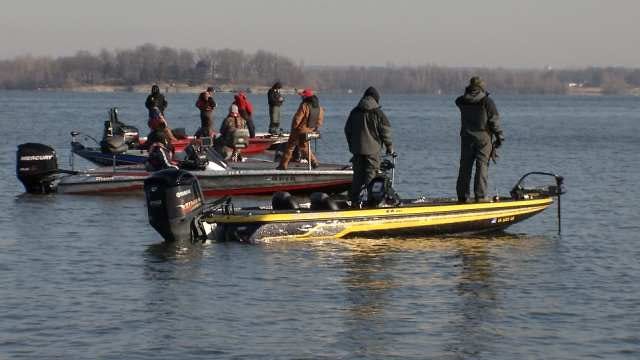 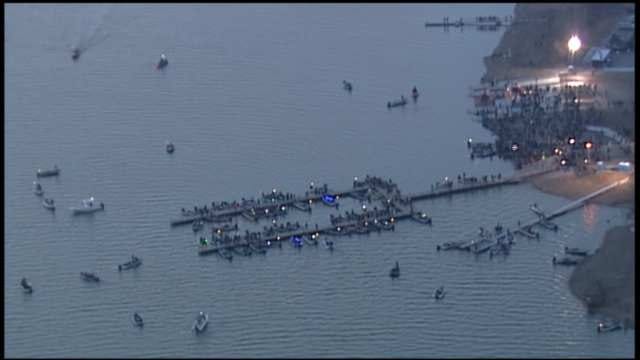 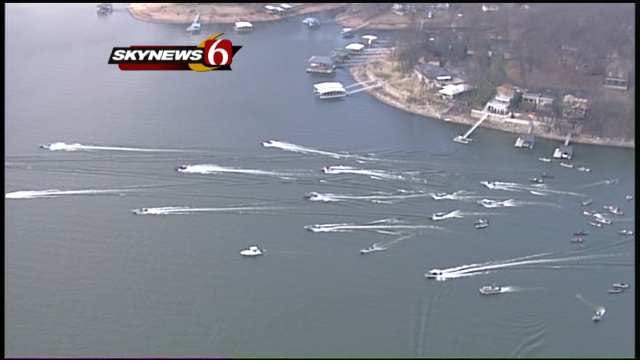 There were a lot of people at Grand Lake on Saturday to watch world-class anglers in the Bassmaster Classic.

At the end of Day 2, Oklahomans held strong behind leader Cliff Pace, a Mississippi native, who has a 7-pound lead. Park Hill's Jason Christie goes into Championship Sunday in fifth place, Talala's Edwin Evers sits in 20th, and Wagoner's Tommy Biffle, a Classic veteran and six-time champ, made the cut in 25th place.

Track Each Fisherman On Grand Lake [Location And What They've Caught]

Of course it was a little cold, but it was chance of a lifetime for Oklahoma fishing fans, and they didn't seem to mind the chill in the air.

This is history -- the Super Bowl of bass fishing.

Rod Chowning has waited many years to see the best of the best fish his hometown lake.

There's only one thing that could make this weekend better.

The morning was off the chilly start with near freezing temperatures.

But even that wasn't enough to keep him off the water.

Reporter: "How many layers do you have on?

The professionals bundled up, too.

For first-time Classic competitor Jeremy Starks, it was less about staying warm and more about keeping his line from freezing.

"See, ice still in the guys," Starks said. "I mean, I'm not cold, just to fix your equipment, it's hard to cast, that kind of thing."

Each angler had his own posse of spectators.

Mike Iaconelli and Evers had as many as 50 boats trailing close behind.

The fans were watching one of the local favorites, Christie. But there are some rules for the spectators, but they're not written down. They're understood and, for the most part, respected.

"It's just courtesy, common courtesy, try to give them enough room, stay away from them, make a little noise when they catch a fish, but just be respectful more than anything," spectator Jeff Booth said.

Of course, there are few who don't follow the rules and get a little too close or a little too loud, but at the end of the day, even that can be forgiven.

"They're glad you're here, too. Their livelihood is not all about their tournament winnings, you know, it's product promotion and marketing.

The spectators later filled the BOK Center in downtown Tulsa for the weigh-in. By the time it began, officials were having to turn people away because the arena was at full capacity.

Tennessee angler Ott Defoe, the 2011 Bassmaster Elite Series Rookie of the Year said about the rockin' BOK Center and the Oklahoma hospitality: "This place is packed. The lake out there is just as full as this arena is," he said.