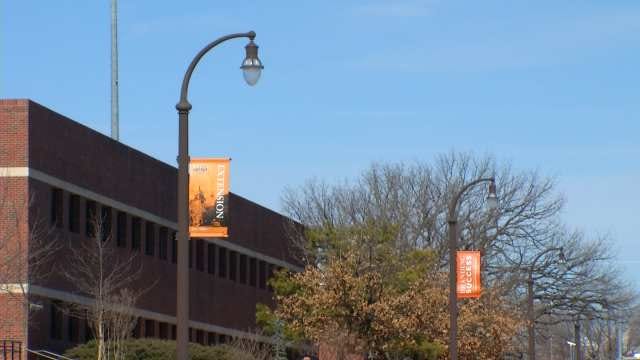 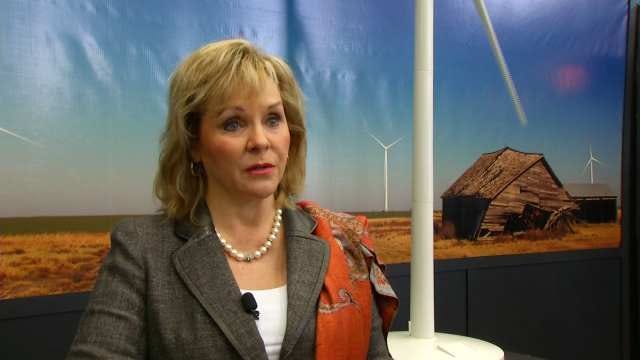 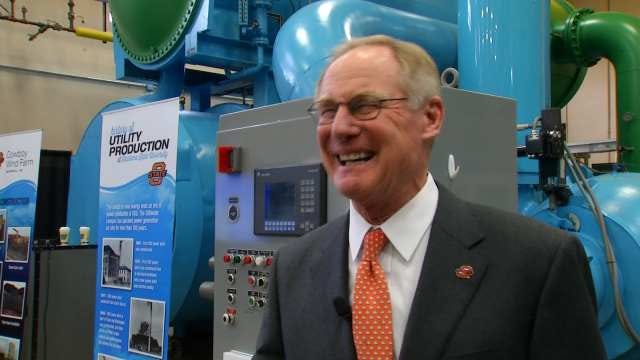 Oklahoma State University is embracing alternative energy. In fact, wind is providing the main source of electricity to the campus.

The wind-powered electricity comes from a 26-turbine wind farm near Blackwell. School leaders say it's all part of a comprehensive plan to use natural resources wisely and efficiently.

Not far from Stillwater, near Blackwell, the giant 350-foot-tall wind turbines at the Cowboy wind farm turn steadily, harnessing Oklahoma's wind energy and turning it into electricity.

"I used to complain about the wind, but now I just hear money savings," said OSU President Burns Hargis.

As of January 1, the wind farm began providing 67 percent of the energy to power the Stillwater campus. Natural gas-powered electricity supplies most of the remaining power.

The wind farm is the result of a 20-year agreement between Oklahoma State and OG&E.

The company's Pete Delaney said, since OG&E's first wind farm in 2003, better technology has helped drive the price of wind generated electricity down, and those costs don't fluctuate as much as the price of electricity generated by other means.

"We're getting better economics out of these wind farms than we did in the beginning," Delaney said.

The EPA rated OSU number five on the agency's list of the top 20 colleges, and universities in the nation for green power purchases.

It's hoped OSU can be a model for other universities nationwide, while supporting Oklahoma's energy-driven economy, and promoting good stewardship of natural resources.