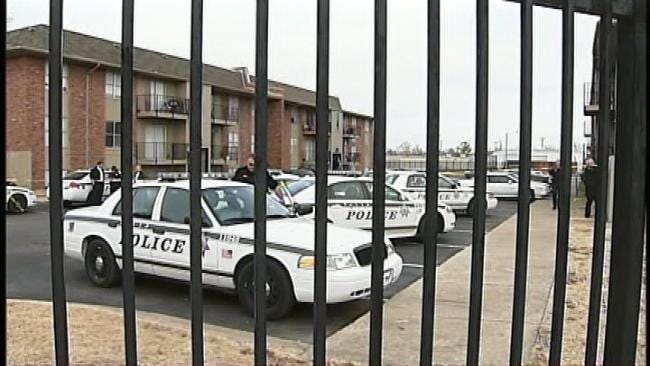 Tulsa Police released the names of the four women found shot to death in a South Tulsa apartment complex Monday afternoon, and we're now learning more about their lives.

All the women were mothers and two of them were grandmothers.

Kayetie had a little girl and Rebeika had a 3-year-old boy.

Misty was staying with the twins. She had two teenage daughters and two young grandchildren.

Julie lived next door and had three children, five grandchildren and a grand baby on the way.

All of these women had families who loved them and dreams of a better life.

Their families are devastated by the idea of how these women must have suffered when someone tied them up, and then shot them, one at a time.

Kayetie's marriage broke up and Rebeika got laid off, so the sisters found themselves living together at Fairmont Terrace apartments with Rebeika's 3-year-old son, Tallynn.

"They never worked anywhere they weren't liked, never in trouble with the law, never any problems, at all, easy going—everyone was their friend," said the twins' father, Larry Powell.

Larry said that trusting nature got them in trouble, because a man befriended Becca and needed a place to stay, so they let him.

He said that man was a drug dealer, who ripped off other drug dealers, and he believes that led to the murders. He said whoever did it was looking for drugs and money, but the girls knew nothing about it.

"It took a really, really, sick, cold person to do this. There is nowhere that person can hide. Sooner or later, they're gonna get you," Larry said.

Misty Nunley's family said she had a good heart and spent a lot of time helping an elderly family friend.

They said she was trying to get her life back and was staying with Becca to get on her feet.

Julie Jackson was a next door neighbor who had taken little Tallynn, under her wing.

"It's more than evil. There's no word for it," Larry said.

Larry lost his son to the flu a few years ago, and now he's lost his daughters. He said he was just two days away from getting them out of the complex and moving them into the home he just built in Skiatook.

"I was just over here two days ago, playing with the baby on the bed, talking about moving, getting out of here, then this happens. I just don't get it," he said.

Homicide detectives have interviewed more than 30 people in connection with this case.

Larry Powell said they collected shell casings and other evidence from the scene.

Detectives say they are looking at all the usual motives: love, money and drugs. They are working around the clock on this case, and the six other murders that have happened in the past week.