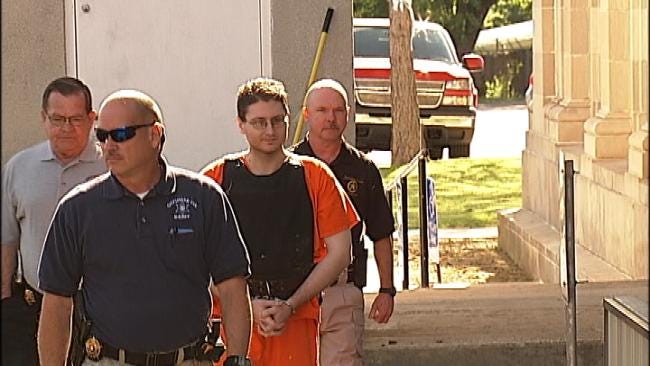 The attorney for the man charged with the murder of his girlfriend in July 2011 has filed a motion seeking the trial of Kevin Sweat be moved out of Okfuskee County.

In May, a judge ordered Sweat to stand trial for the slaying of 23-year-old Ashley Taylor.

In August, the DA's office filed a bill of particulars seeking the death penalty for Kevin Sweat if he is found guilty of murder.

This week, Sweat's attorney filed a motion to quash the bill of particulars and declare the death penalty unconstitutional.  The motion states a death penalty violates the fifth, eighth and 14th amendments of the U.S. Constitution.

Sweat's attorney also filed a motion seeking a change of venue. A June 2013 trial date has been set in the case.

His preliminary hearing  is set for January 28, 2013. Kevin Sweat has pleaded not guilty in that case as well.