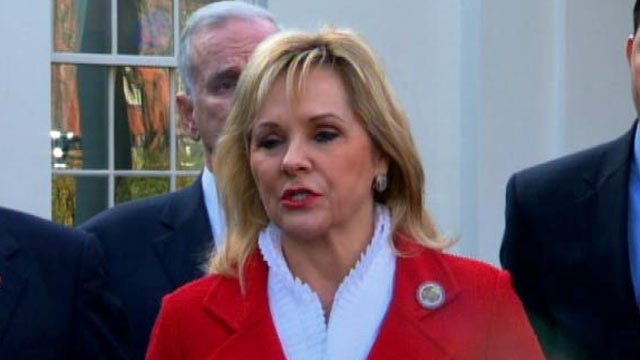 The topic was the fiscal cliff and its impact on states.

Governor Fallin is Vice Chairperson of the National Governor's Association executive committee, who is meeting in Washington, D.C. Tuesday.

The six governors were in Washington to talk about the fiscal cliff. The bipartisan group says both sides need to work together to avoid the tax increases and spending cuts that kick in at the end of the year.

"We want to be a part of the solution to the problems facing our nation, to be able to offer some of the innovative ways we've been able to address some of the concerns that have faced our own state budgets," said Governor Mary Fallin.