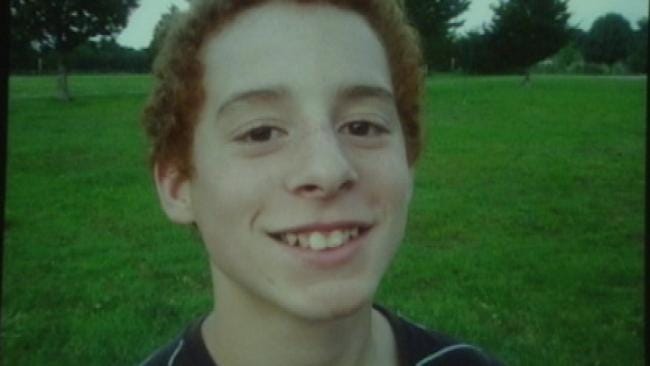 Family and friends gathered at a Stillwater church Tuesday morning to say goodbye to an eighth grader who took his own life last week.

More than 800 friends, family and people who didn't even know him, gathered to say goodbye to Cade Poulos. The 13-year-old Stillwater student killed himself at school last week.

The incident occurred in a hallway near classrooms and lockers at 7:50 a.m. on Wednesday, September 26th. Police say several students and faculty were preparing for classes to begin witnessed the shooting.

Despite how he died, speakers at the service focused on the full life they say he lived.

"May today be a day that we find something about his life that we didn't know that would bring peace to our hearts," said Charles Graham, pastor at LifeChurch TV in Stillwater.

Three of Cade's pastors spoke about a boy who they said lit up a room and was an example for others.

"How many people in this room, how many of you touched the life of Cade and in turn Cade touched many of you here," said Pastor Joel Wilkie.

Two of Cade's relatives shared their memories of a nephew, a grandson. His uncle Randy talked about how much Cade loved to read anything he could get his hands on.

"He would continue to tell you facts of what he studied," Randy Wick said. "I never caught him wrong. I did engage him a few times, hoping I'd caught him wrong, but I don't think I ever did."

And fighting back tears, his grandfather James wanted everyone to know about what he called Cade's gift.

"Please think about all the times you should tell those you love what they mean to you, and how much you love them. And then think of what love is," James Hilgersen said.

Family and friends described Cade as a gentlemen: holding the door for ladies and offering to carry classmates' books and backpacks.

And they say he committed his life to the Lord a week before he died.

"The Bible tells us that we are encompassed about by a great cloud of witnesses, and I believe today he's looking down and saying 'good job,'" said Pastor Charles Graham.