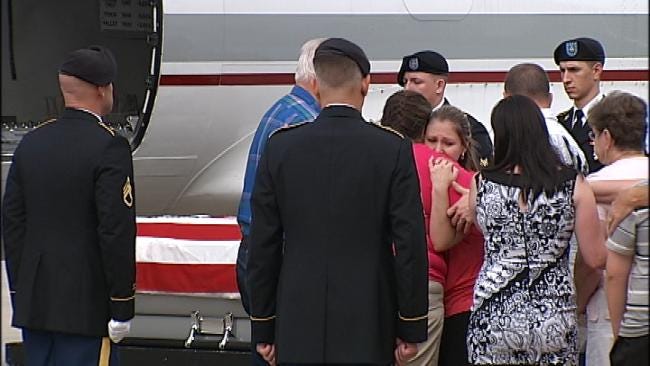 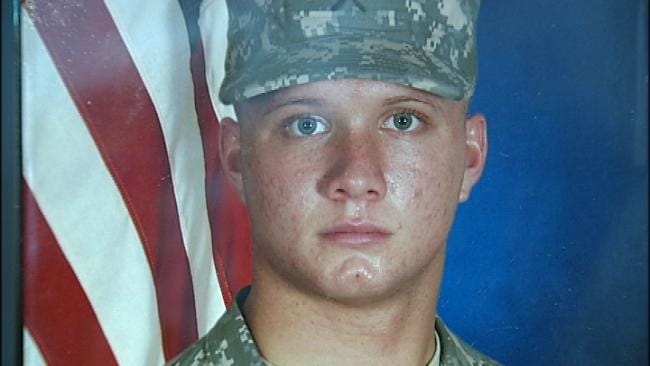 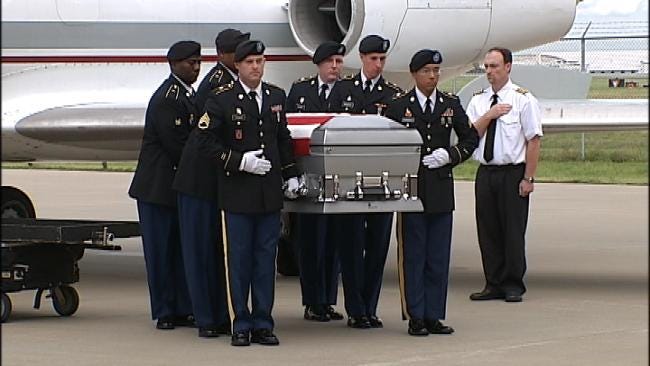 A Claremore soldier killed during an ambush in Afghanistan on September 16th arrived back home in Oklahoma Thursday.

Claremore Private Jon Townsend was killed September 16th during an ambush by some of the Afghan police officers he was helping train.

Townsend's remains were brought back to Tulsa today on a chartered flight. An honor guard unloaded the 19-year-old's flag-draped casket during this morning's dignified transfer, then family members surrounded it - sharing tears, hugs, and memories of their loved one.

A host of military officers stood at attention - paying their respects to a husband, son, and soldier.

A procession then carried Townsend's casket from the airport to Rice Funeral Home in Claremore. Along the way - Oklahomans lined the roads and waved flags in a show of patriotism and respect for Townsend's service and sacrifice.

"You know, the community hurts, and the heart's aching and this is a wonderful thing we can do to show respect for him, for the family," said supporter Joseph Gibson.

The procession carrying his casket will travel from the airport on state Highway 11 to state Highways 66 and 20 to Rice Funeral Home in Claremore.

Townsend's funeral will be held Friday at 10 a.m. at the First Baptist Church in Claremore. He will be buried with full military honors at the Lone Chapel Cemetery in Adair.