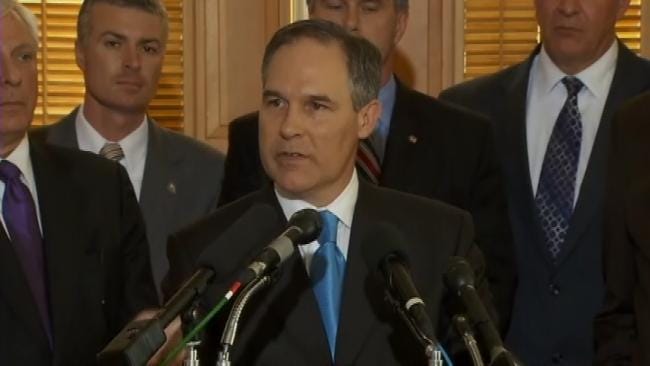 Now to a developing story, the state attorney general has filed an amended complaint to his lawsuit challenging the Affordable Care Act.

The original lawsuit, filed in January 2011 in the U.S. District Court for the Eastern District of Oklahoma, challenged the health care act's constitutionality under the Commerce Clause. It challenged whether the federal government had the power to mandate individuals to buy health insurance.

Oklahoma's lawsuit was stayed by Judge Ronald White until the U.S. Supreme Court issued a ruling in a similar case brought by the state of Florida.

AG Scott Pruitt said because the US Supreme Court deemed the healthcare overhaul a tax, and therefore constitutional, the federal government has to follow certain rules with regards to implementation in Oklahoma.

But, he says that's not happening.

With Oklahoma's lawsuit still at the district level, the state had the opportunity to amend the complaint.

Among the issues raised in the complaint is a new IRS rule that violates the Administrative Procedures Act and conflicts with the Affordable Care Act.

Pruitt says a judge has agreed to hear Oklahoma's arguments about issues with the implementation of the tax.