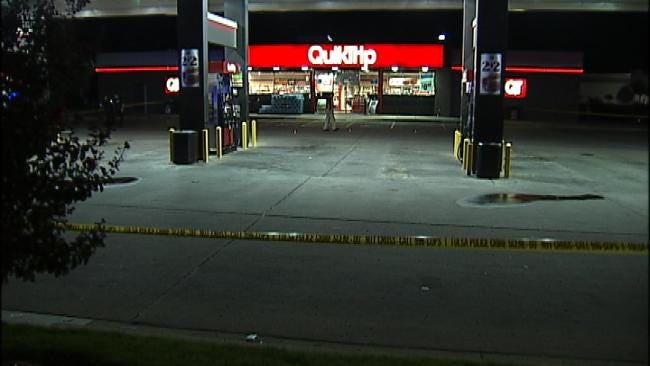 Court documents show charges have been filed against a suspect in the murder of two men at a south Tulsa Quik Trip this weekend.

A Tulsa County district court judge has issued a warrant for Jermaine Jackson, 19.

Police said Thorsson and White were shot after a man confronted them in the parking lot of the Quik Trip near 71st and Riverside. They said it appears the shooter thought White had come too close to him in traffic, and after exchanging some words, fired nine shots into the car, then took off.

Thorsson, who was a senior at Jenks High School, died at the hospital after the shooting. White died Monday afternoon.

Jackson has not yet been arrested. If you have any information about his whereabouts, you can call Crime Stoppers at 918-596-COPS to give police an anonymous tip.