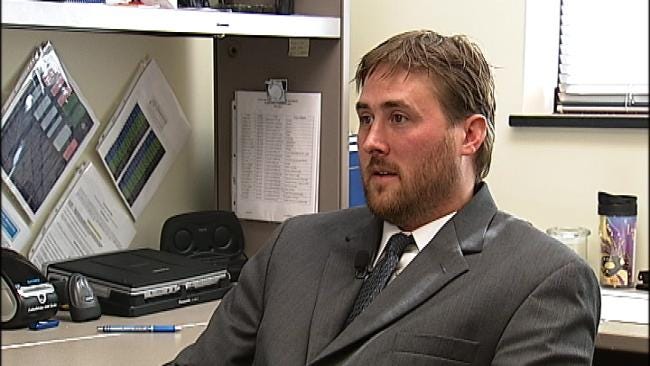 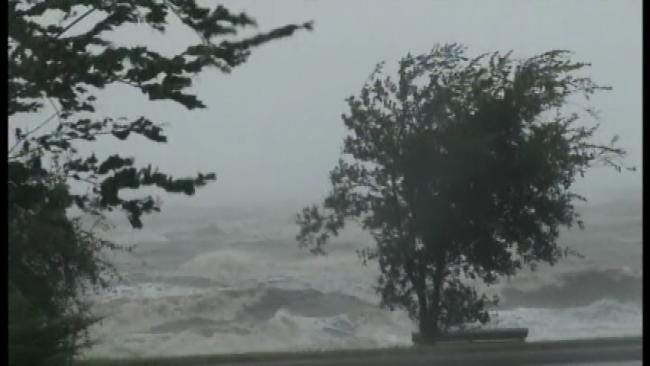 People here in Oklahoma with ties to New Orleans and the gulf coast are keeping an eye on Isaac, especially those who went through the devastation of Hurricane Katrina.

Isaac was downgraded to a tropical depression Thursday, but for evacuees from Katrina, here in Oklahoma, the images of flooding still bring up memories.

With Isaac's unrelenting rain, winds of up to 113 miles per hour, and more than 50 straight hours of at least 30 mile per hour gusts, Jon Wilson can't help but think of his family and friends in New Orleans.

"When I talked to my dad last night, he was talking about how he's been through many hurricanes through his life, but he can't remember one that just stalled right on top of you and dumped rain for 12 or more hours at a time," Wilson said.

8/29/2012 Related Story: Native Tulsan In Biloxi Hunkers Down As Isaac Blows Through

Wilson knows what it's like to experience the danger and devastation tropical systems can bring.

He evacuated to Oklahoma from New Orleans, leaving a day before Hurricane Katrina hit.

"It seems like it was just yesterday, but it was seven years ago," Wilson said.

When Wilson and his wife returned to their New Orleans apartment after Katrina, there wasn't much left.

"The roof blew off and it flooded and, by the time we got back, it was just wall-to-wall mold on everything, so we had to write off everything," Wilson said.

The hurricane prompted a permanent move to Oklahoma, where he now is the operations manager of the Tulsa Police Department Forensics lab.

But his dad, an aunt and many friends are still in New Orleans weathering the effects of Isaac.

"We're thinking about them, and hoping everybody stays safe and takes the precautions," Wilson said.

Wilson has talked with his family members and friends who are making it through the storm okay.

It gives him more peace of mind, especially considering how Katrina changed his life.

"It definitely brings back memories about what we went through, and kind of just the way of life down there on the coast," Wilson said.

Not nearly as strong as Katrina, Isaac's biggest threat is flooding caused by the unrelenting rain.

Wilson is thankful the city fortified its levee system, and said, without the improvements, the effects of Isaac could have been even worse.