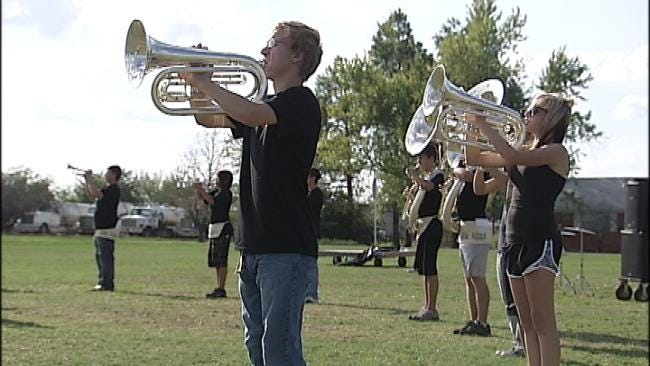 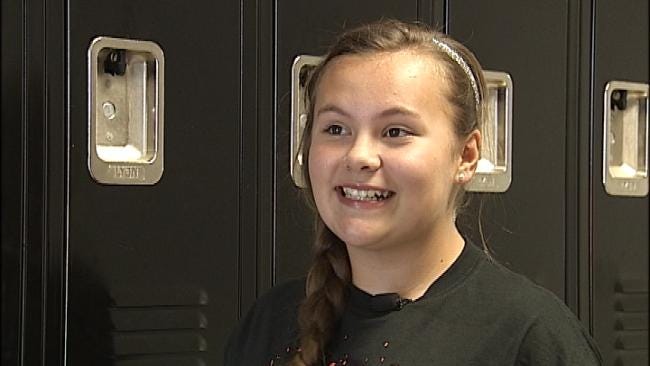 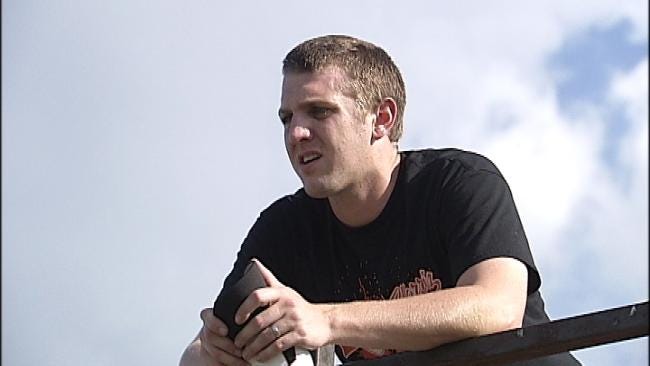 An Okmulgee County family says a Green Country marching band is to thank for saving their land from a wildfire.

The family treated the kids to pizza today to say thank you. It all happened last week in the Okmulgee County town of Morris.

High school kids and pizza - a typical scene, but this occasion in Morris is a bit different. The party is for the Pride of Morris marching band.

They've been practicing nearly everyday since mid-July on the field as early 7 a.m.

"It is extremely hard to do, and you walk through school like a zombie," said ReGena Perry, eighth grader.

So what makes this pizza so special? The answer goes back to an early morning practice late last week.

ReGena Perry and Bailey Vinsant were warming up when Bailey noticed something odd in the distance, nearly a mile from their practice field.

"We saw this smoke, and it was right on the ground kind of towards the horizon," said Morris senior Bailey Vinsant.

With the smoke came fire. The grass has turned green now thanks to a recent rain, but a wildfire had somehow started in a nearby pasture.

"It was just a bunch of orange right there, and you could see smoke in the air," ReGena said.

Kevin Ayres is the band director. When Bailey and ReGena pointed out the fire he had the school call 911.

"It doesn't look real. You keep hearing about these fire recently, and you don't know what to expect," said Band Director Kevin Ayres.

Firefighters arrived a short time later, and the fire was quickly extinguished before it could spread.

We're told the family who owns the land likes to keep quiet and stay to themselves, and we were unable to get in touch with them for this story. Kevin Ayres says they told him the pizza is just a small showing of their appreciation.

"I think it's pretty cool. I think it's nice of them to give us a pizza party," said ReGena Perry, Morris eighth grader.

Proud has taken a new meaning with the Pride of Morris, proud of doing what needed to be done and proud to be such good neighbors.

Morris' first home football game is a week from Friday, September 7th. The band and color guard will be performing at halftime.