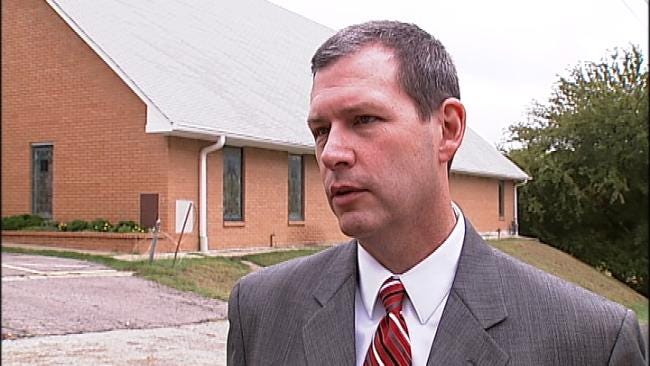 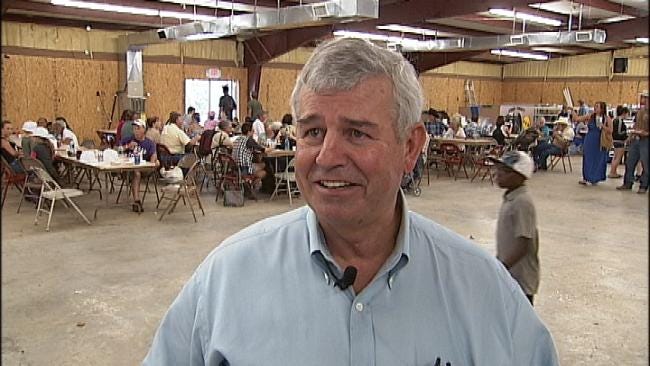 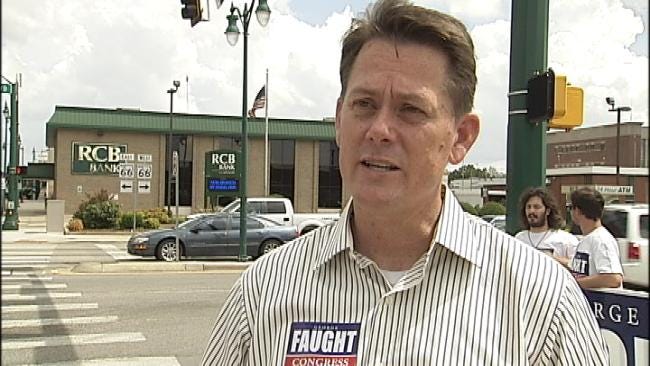 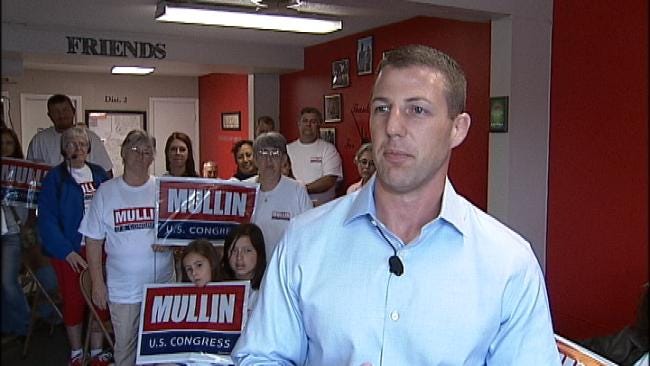 Oklahoma's Congressional District 2 Candidates are fighting to win your votes for Tuesday's election. On the Democratic side, Rob Wallace is facing off against Wayne Herriman. And for the Republicans, Markwayne Mullin is running against George Faught.

No matter what views or backgrounds these candidates stand by, they all have the same agenda for Tuesday's election and that's to get as many people to the poll as possible.

A Democrat has held the congressional district two seat since 2004. Now two new Democratic candidates are hoping to continue the legacy.

Over in Muskogee, Rob Wallace is spending the last few days before the election reaching out to the community.

"I'm making a tour of some of the churches in the Muskogee area just to talk with people, make sure they remember that we're suppose to get out and vote this week," said Democratic candidate Rob Wallace.

Wayne Herriman is the other Democratic candidate in the run-off. He's hitting up events like the Calf Fry Festival in Vinita.

"We've been going out seeing people on a regular basis just like today, going to several events so we can see people, get acquainted with them and let them know that we're the real candidate, not just somebody on TV that's not the real person," said candidate Wayne Herriman, Democrat.

The Republicans in the race are hoping to turn the district red.

Markwayne Mullin and his campaign team are continuing to call voters to make sure theY show up to the polls.

"Our biggest direction and our biggest focus right now is to remind people the election is coming up August 28th," said Markwayne Mullin, Republican candidate for District 2 U.S. Representative.

"We're focused on getting out to vote. We know we're doing well. We know people are supporting us, we just got to remind them."

In Claremore, the George Faught crew is pounding the pavement - standing on street corners holding signs of support.

"It's all about getting your votes out and getting turn out, and what we're seeing is our supporters are excited," said George Faught, Republican candidate.

"They're ready to turn this district to get the republican nominee so we can go against the democrat in the fall."

The run-off election is Tuesday. Voters will also decide run-offs in two state legislative races in Tulsa and one in Muskogee.

NewsOn6.com will be your election headquarters come Tuesday, August 28. We'll be updating results as they come in.