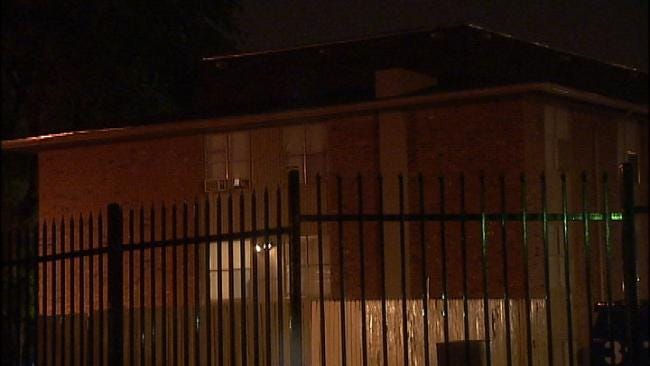 Police responded to the Fairmont Terrace Apartments at E. 60th Street and Peoria Avenue, where Quincy Jones, 24, had been shot in a stairwell about 10:30 p.m.

Sergeant Dave Walker of the Tulsa Police Homicide division said Jones was in front of an apartment building talking to a group of men.

They got into a argument, and a man pulled out a handgun and shot Jones. The suspect is described as a light-skinned black male, 6 feet tall and 175 pounds, Walker said in a news bulletin.

Jones made his way to a nearby apartment, where he collapsed and died just before 11 p.m.

An investigating officer performed CPR, but Jones was pronounced dead at the scene, according to TPD Sergeant Ted Umbarger.

Umbarger said officers took another man to the station to question him about Jones' murder, but allowed him to return home and didn't name him as a suspect.

When that man went back to the apartment complex, he was shot in the torso and neck, police said. He was transported to a local hospital where he was said to be stable.

Anyone with information on the crime or the suspect's identity should call Crime Stoppers at 918-596-COPS or the Homicide Tip Line at 918-798-8477.

Quincy Jones is the 31st homicide in Tulsa this year.