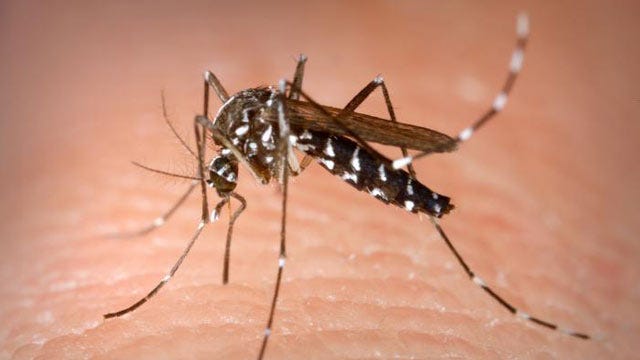 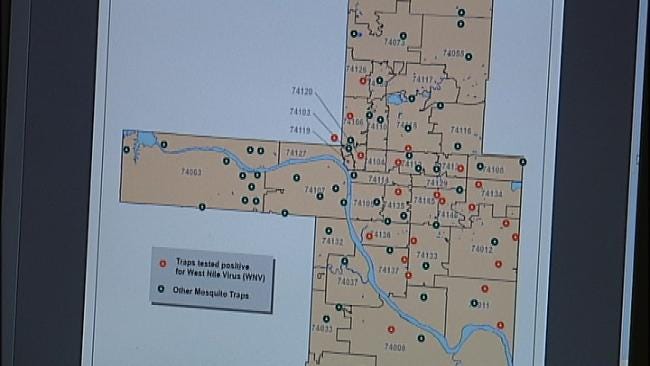 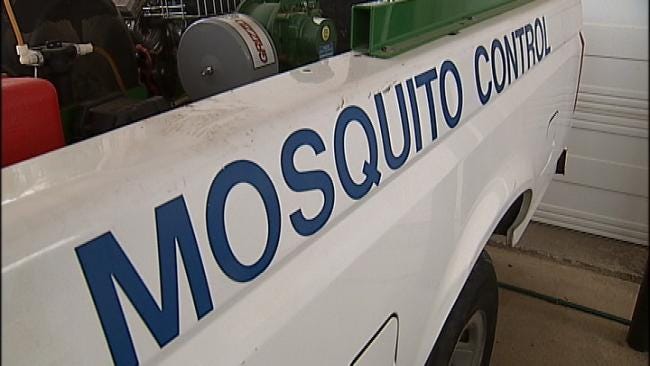 Oklahomans are warned to take precautions to avoid mosquito bites after one death and 24 new cases of West Nile Virus have been confirmed in the state over the last week.

The state Medical Examiner said Donna Smith, from Oklahoma County, died this week after being bitten by a mosquito.

And while Tulsa County has reported the most West Nile cases in the state, there is hope in sight. We haven't had many cases in the last few years, but there was a surge this summer.

That may be over, because mosquitoes have died off in the hot dry weather.

This map shows where Tulsa County has mosquito traps and where the mosquitoes from them have tested positive for West Nile Virus.

The number of mosquitoes with West Nile has been high all summer, but that has suddenly changed.

"It quit raining, so over the last two or three weeks we've had no rain, record heat and the habitats dried up, so the mosquito population has gone down significantly," said John Baker.

Baker leads the Health Department program that traps and tests and tries to control mosquitoes for Tulsa County.

It's the only program like it in the state.

Each week the health department lab gathers mosquitoes and checks them for West Nile. If more mosquitoes test positive in the lab, generally in a week or two, more human cases appear.

The Health Department doesn't know why this year has been worse than most, with 14 people diagnosed with the infection.

So far in 2012, 55 cases of West Nile Virus have been confirmed in 14 Oklahoma Counties. Tulsa County ranks number one with 14 cases. Oklahoma County has 12 confirmed cases, Carter County 9, Pittsburg 7, Muskogee 3 and Garfield, 2. Patient ages range from 12 to 90 years.

Most victims of the disease believe they were exposed to mosquitoes and WNV outside their homes – while gardening, doing yard work or just relaxing on the patio. Healthy, active adults aged 50 and older are the greatest risk group, according to a public health warning issued Tuesday by the Oklahoma State Department of Health.

"Prevention is the key to protection," said State Health Commissioner Dr. Terry Cline. "One bite from an infected mosquito can lead to a severe and possibly life-altering illness. We urge everyone to use insect repellent when outdoors and to mosquito-proof their home as best possible."

The response in Tulsa County has been more spraying, over a wider area, with 2 pesticides.

They have not gone to the extreme solution, which is aerial spraying, like that done in New York and Dallas, but anything to reduce mosquitoes ultimately reduces West Nile Virus.

Baker said about 1 in 100 mosquitoes has it, so it's a numbers game. If a person gets 100 bites in a summer, they'll likely be exposed to the infection.

"The less number of mosquitoes that you have, the less risk you have to the general public," Baker said.

The spraying continues as needed, but complaints are down, and since infections are down too, that may wrap up for the summer soon.

8/10/2012 Related Story: Tulsa Man One Of Nine In County To Contract West Nile

Symptoms of West Nile can range from none at all to serious. Symptoms include:

Seek medical attention if any of these symptoms develop, especially within two weeks after mosquito bites.

"Fight the bite" by taking the following precautions: