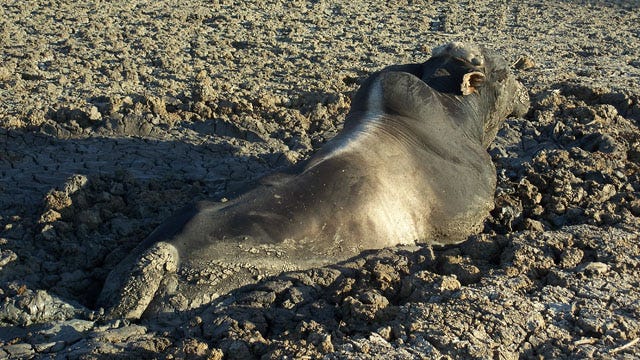 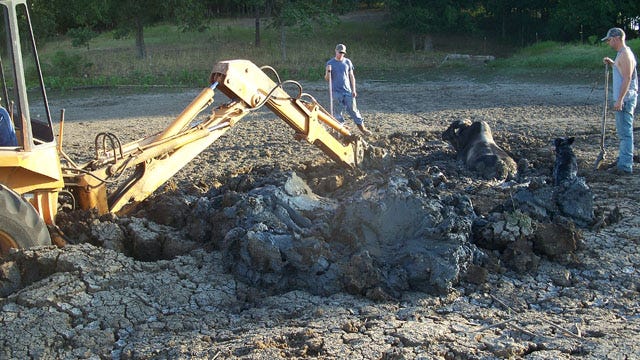 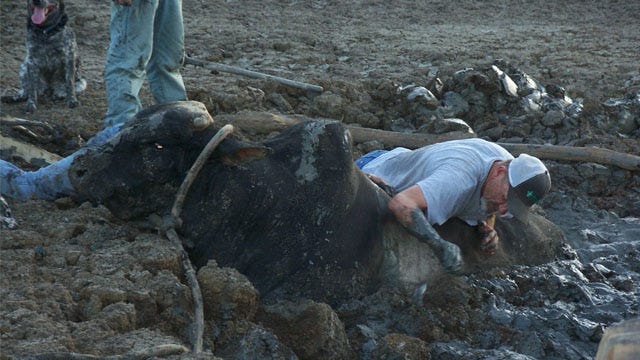 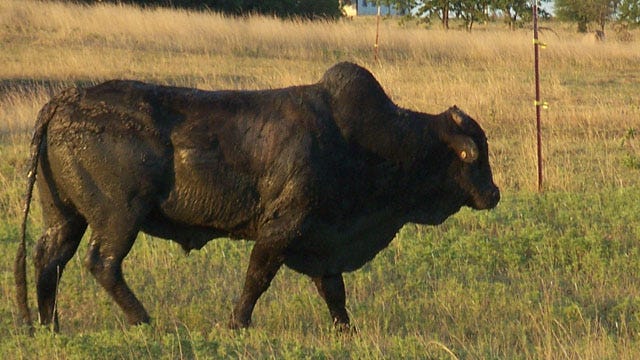 A dried-up pond and a bull named Billy Two Guns provided the Hiner family with an afternoon full of work on Wednesday.

It started when Sharon Hiner and her husband, Charlie, went to check on their cattle after getting home from work.

They found their Brangus bull stuck in the mud.

The Hiners were worried about his health and his future as a bucking bull.  They raise bucking bulls on their ranch and hope to get "Guns" in the Professional Bull Riders event coming to Tulsa next month.

Sharon, Charlie and their sons Casey and Cody used a backhoe to dig "Guns" out of the mud.  It took them three and a half hours.

"Guns is friendly for a bucking bull, loves to have his head scratched.  At first he was a little unsettled, but once he knew we were there to help him, he helped us," Sharon reports.

Sharon snapped several photos and sent them to the NewsOn6.com share page by emailing them to pics@newson6.net.

Sharon says there's another pond in the pasture so they don't know why the bull chose to walk into the one that was mostly mud.

She says after they freed him he went back to eating like nothing ever happened.