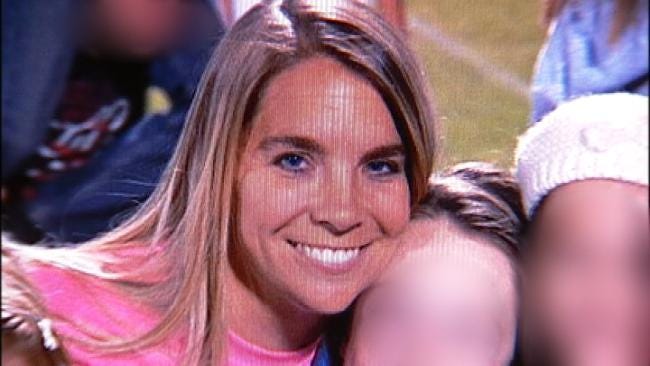 A sex-crime investigation in Lincoln County has uncovered what officials say was an inappropriate relationship between a woman who was a teacher at Stroud Public Schools and one of the district's female students.

Mandi Layne Guerrero, 34, of Drumright, was charged on Tuesday with lewd and indecent proposals against a child under the age of 16, after the Oklahoma State Bureau of Investigation said it uncovered an inappropriate relationship Guerrero had with a 15-year-old girl.

Guerrero, who was a Stroud kindergarten teacher and high school cheerleading coach, recently resigned her positions at Stroud Public Schools.

Guerrero was not the girl's teacher or coach, but the alleged victim, a freshman at Stroud High School, was good friends with Guerrero's daughter, who was on the same basketball team, the Stroud Police Chief said.

Guerrero turned herself in to authorities at the Lincoln County Jail on Tuesday after a warrant was issued for her arrest.

"It's disappointing to hear something like that happening anywhere, especially the town you live in," Stroud Police Chief Clint Gaylord said.

Gaylord said the investigation started in April after the victim's mother discovered love letters written to her daughter from Guerrero.

An affidavit states that in the letters, Guerrero wrote: "I hate that I can't stop and just let you be with your friends without me freaking out."… "My lips are sealed, I won't say a word to your mom."… "I love hugging your neck and touching your face."

Gaylord said the girl was interviewed and provided more information to authorities.

"Interviewing the victim, she stated that they had met on several occasions, a couple times at the school gymnasium, they exchanged some kisses and rubbing," Gaylord said. "Also, there was an occasion where the victim stated she had met the teacher in the teacher's vehicle approximately one block from the victim's residence."

Investigators said the girl told them that in January 2012, she and Guerrero began what the girl felt like was "a ‘boyfriend' like relationship," and the two communicated continuously through their cell phone or by passing each other letters.

On approximately six to eight different times, the affidavit states, Guerrero kissed the girl, which included embracing and hugging. Guerrero would tell the girl she loved her, it states.

In the letters, the document says, Guerrero also wrote to the girl: "I just sit and wonder what your doing… Every time I see you with someone I want it to be me."

Guerrero's bond was set at $5,000. Court records say she posted bond Tuesday and was ordered by the court to not have contact with the victim.

She is due back in court in August.