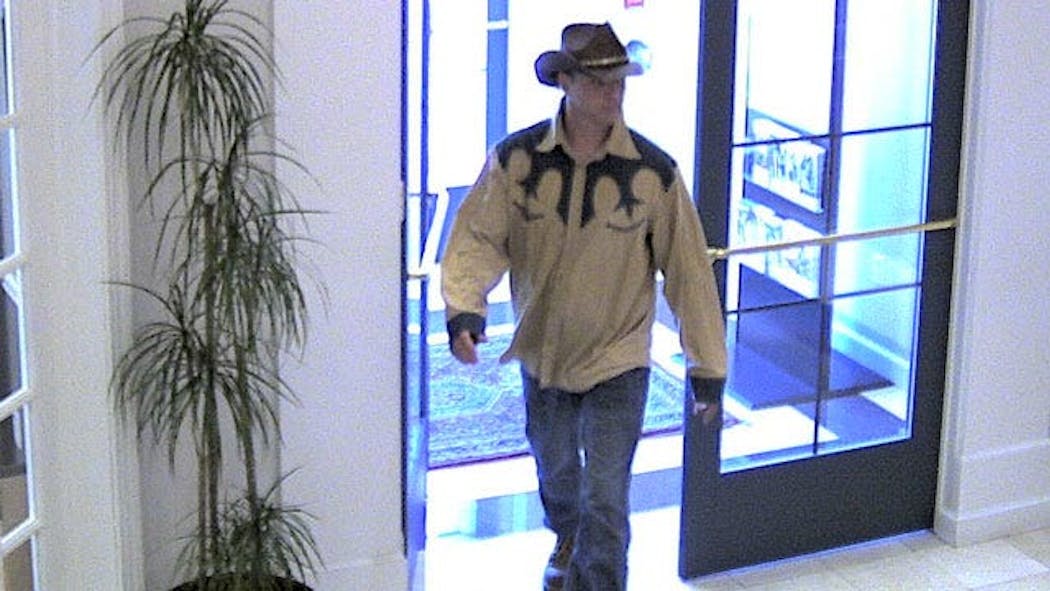 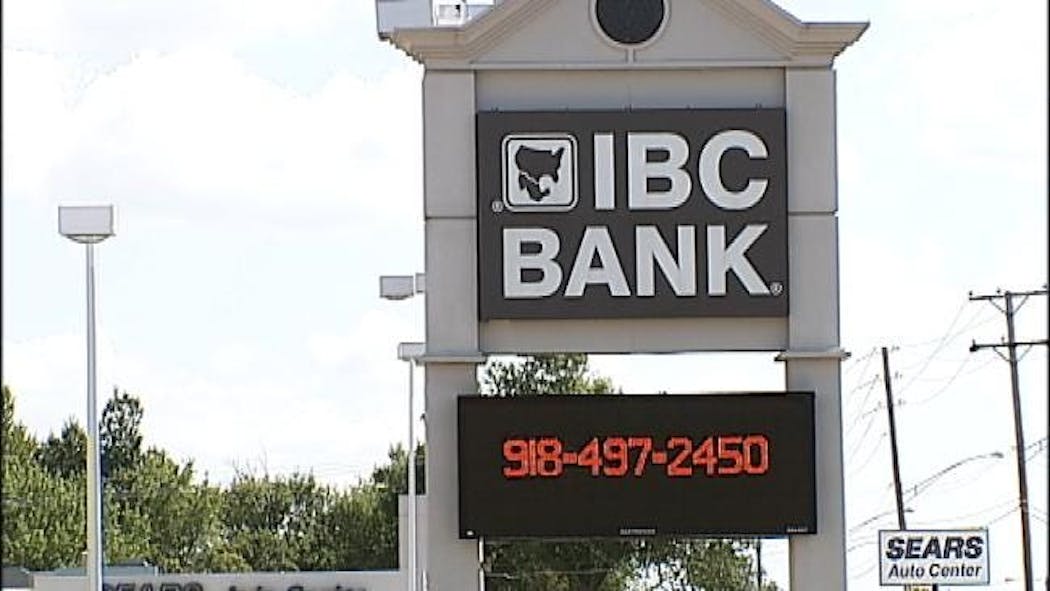 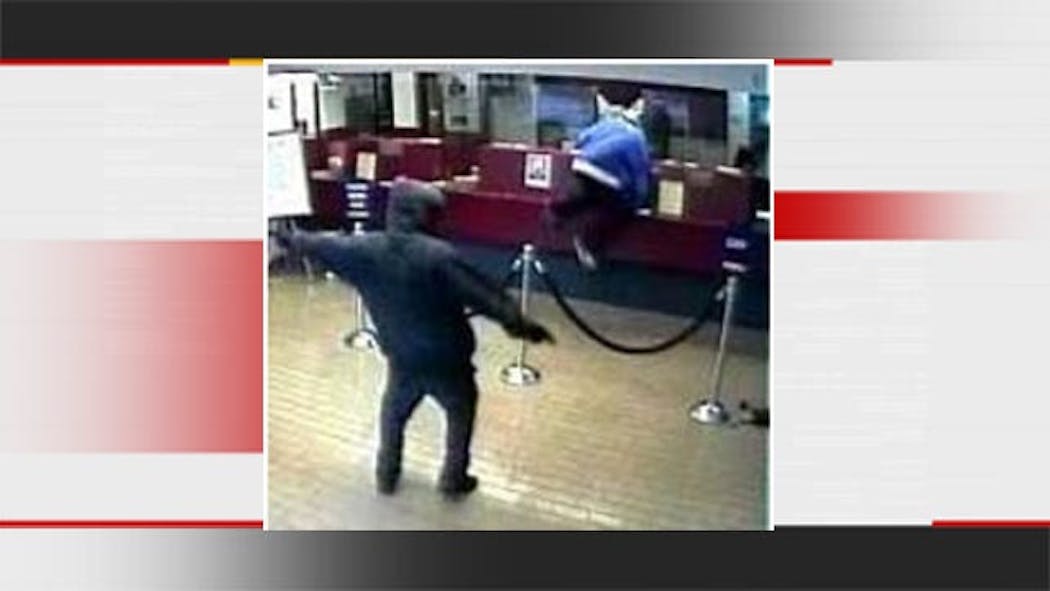 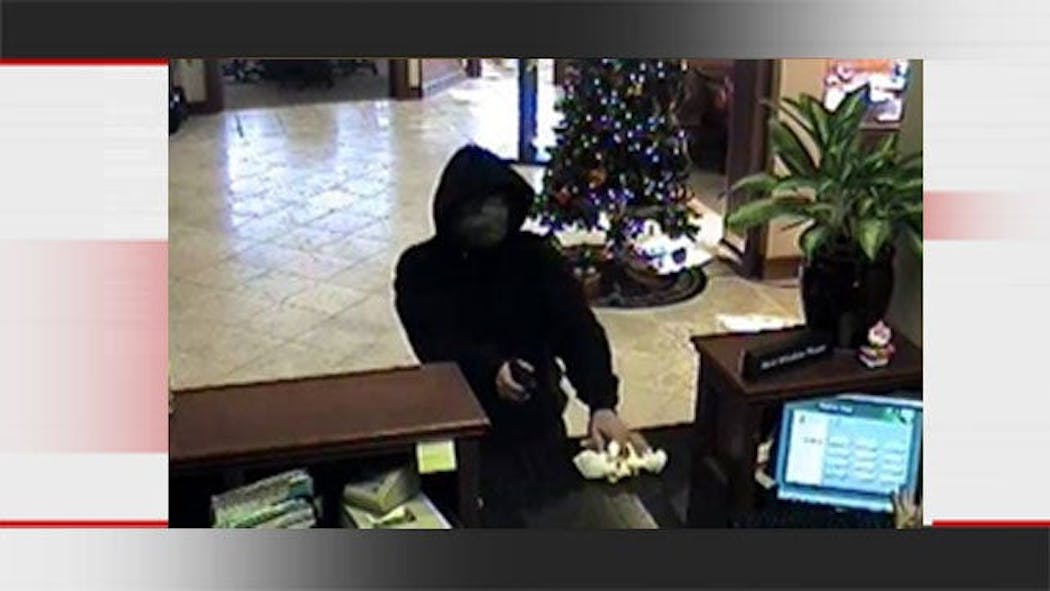 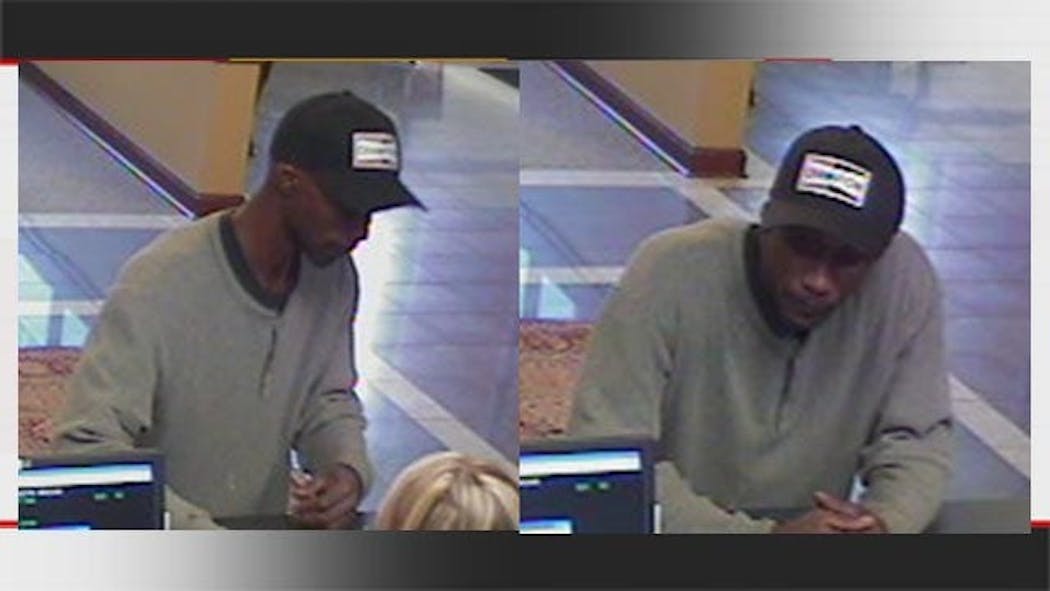 The FBI is hoping someone will provide them with information that will help identify suspects connected to six unsolved bank robberies in the Tulsa area over the past year.

James Finch, Special Agent in Charge of the Oklahoma City FBI Office says the six robberies  occurred from May 2011 to March 2012.

The FBI says a man dressed in a western shirt and cowboy hat walked into the bank and handed a teller a note demanding money. After getting the cash, he walked out.

The FBI says a white male walked into the bank's lobby, pointed a handgun at a teller and demanded money. Once he got the money, he ran outside to a car, either a Honda or Acura and drove away.

The FBI says three individuals entered the bank, yelled at customers and employees with guns pointed.

One jumped the teller counter and grabbed cash before running outside to a waiting silver Dodge Caravan.

The three are described as black males ages 20 to 25.

Tulsa Police located the Caravan abandoned at 5118 East 25th Place a short time later. It had been reported stolen.

The fourth bank robbery on September 16, 2011 was similar to the third robbery.

One of the suspects fired a gun, hitting a glass window near a bank teller. He then jumped over the counter and grabbed cash.

All three ran outside and into a Jeep Cherokee. It too was found abandoned nearby and it also had been stolen.

The fifth bank robbery occurred in Bixby at the MidFirst Bank at 11122 South Memorial on December 24, 2011.

The FBI says the suspect displayed a handgun and demanded money from a bank teller. After getting the money, he ran outside and disappeared.

And on March 9, 2012, the FBI says a man entered the Arvest Bank at 1515 South Utica and handed a teller a note demanding money.

When the suspect got the cash, he ran outside and away from the bank.

The FBI says anyone with information regarding any of these robberies can call them at 405-290-7770 or Tulsa Police's Crime Stoppers at 918-596-COPS.

The Oklahoma Banker's Association offers up to $2,000 reward for information leading to the identification, arrest and/or conviction of anyone robbing a member bank.