Would Your Dog Protect You? 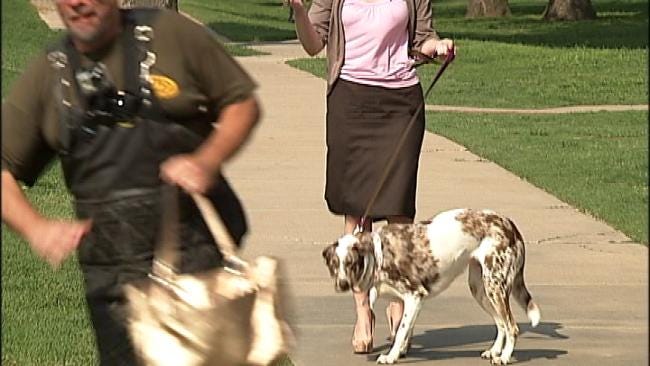 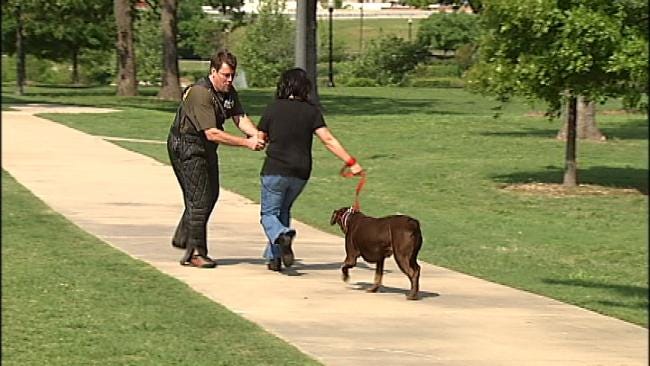 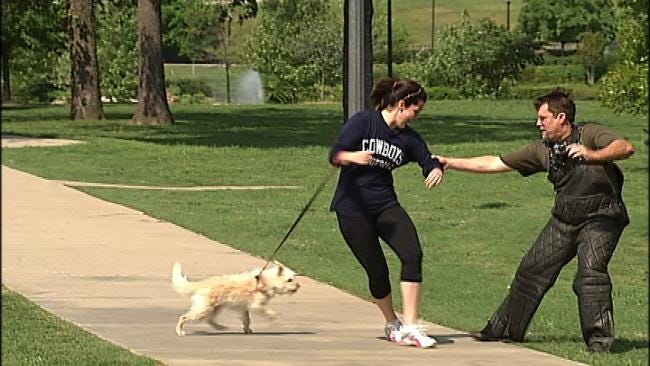 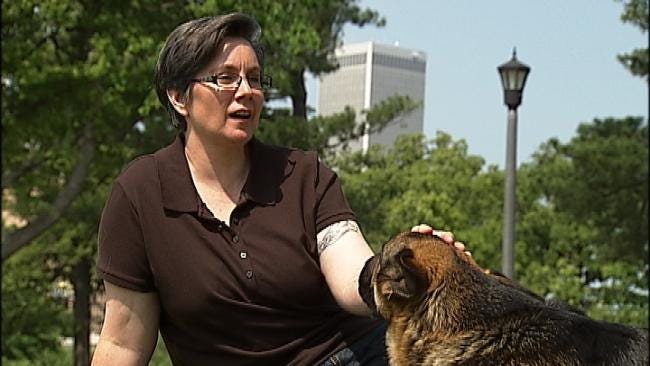 Most people get a dog for companionship but often have the expectation, that if they were attacked, their dog would protect them from the danger. But is that expectation realistic? News On 6 decided to put it to the test.

Many victims after a crime say, "why didn't my dog protect me? I thought my dog would save me." But for the average dog, that just isn't the case.

We start our test with Melissa and her two-year-old dog named Molly, who is deaf.

"She's going to scare them away with her bark because she's bigger than my other dog," Melissa said. "But my other dog is more likely to attack."

So we put Molly to the test with Larry, our bad guy. We begin with a purse snatching.

Larry snatches the purse, Melissa screams, but Molly doesn't make a sound or a move. So we decide to test Melissa's other dog, Maggie, who she's had for 12 years.

She says Maggie is protective because she barks at everyone and even nips at strangers.

"Even at the dog park if someone approaches, she'll act like she's going to nip," Melissa said.

But during our tests, even with the bad guy coming at her from the front, Maggie doesn't do anything.

"Just because you have your dogs, does not mean you're going to be protected," Melissa said.

Next up is Mishelle and Malon, who is a friendly six-year-old family dog. Mishelle's expectations are low.

"She would probably bark, just bark at them, not hurt them," Mishelle said.

We get more aggressive and test each dog at least twice, once from the back and from the front.

The attacker comes at Mishelle. She screams but gets no response from Malon.

Mishelle is also surprised Malon doesn't at least bark because she barks at everyone.

Shawn and his dog Buckwheat are tested next. Shawn doesn't think Buckwheat will respond but was still curious.

"You never know," Shawn said. "I mean, maybe I've got a little guard dog in him and I don't know it."

But during both attacks, Buckwheat seems to think it's play time.

Even though Shawn has Buckwheat as a companion and loves his laid back personality, he was still a little disappointed.

"I guess I was hoping he would, hoping he had a little more beef in him," Shawn said.

Lacie and three-year-old Lollly are next.

"I just want to see because you never know, it could happen to you," Lacie said.

15 pound Lolly surprised all of us.

During the simulated attack, Lolly took an aggressive stance and even got in front of Lacie until the threat was gone.

So, what does our expert think of these results?

"I was not surprised at all," Susanne Shelton said.

Susanne Shelton has decades of experience as a breeder, exhibitor and trainer. She says from the time our dogs are little, we teach them not to bite. So it's unfair to expect them to become a lion in that once in a lifetime situation.

"Dogs are no more able to handle frightening and scary experiences than people are without training," Susanne said.

She says instead of expecting your dog to protect you, people need to protect themselves, whether that's buying pepper spray, taking a self defense class or being alert.

"You need to train yourself to defend yourself," Susanne said. "If your dog chips in, I think that's wonderful, if he doesn't, you'll be prepared and you'll be ready."

She says when most dogs bark, snarl and snap, it's more likely they're nervous, not protective.

Susanne says the answer isn't to train your dog for protection but change our expectations. Know your dog is a friend, not a weapon and they are a great deterrent.