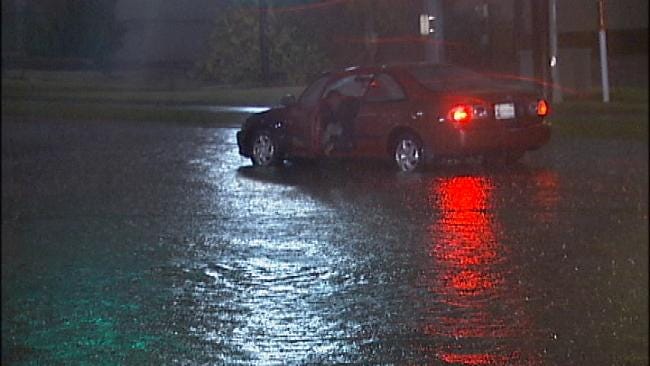 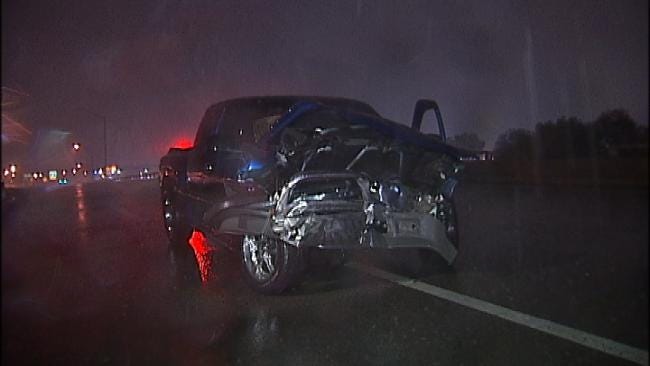 With the heavy rains overnight across Tulsa and much of northeastern Oklahoma, the big issue Tuesday morning is rising water in low lying areas.

One area in Tulsa which almost always sees high water is the intersection of 43rd and Sheridan.

A woman's car stalled, but once she got it started; she was able to back up out of the high water.

The Oklahoma Department of Transportation has closed a portion of state Highway 62 in Okmulgee County due to high water. The section of highway closed is two miles east of Morris and Arbeka Road.

Elsewhere, a Tulsa man is rushed to the hospital in serious condition after he crashes his pickup truck on the Broken Arrow Expressway early Tuesday morning.

Tulsa Police says the man lost control while heading eastbound near Sheridan just after midnight. He apparently hydroplaned and slammed into some railing.