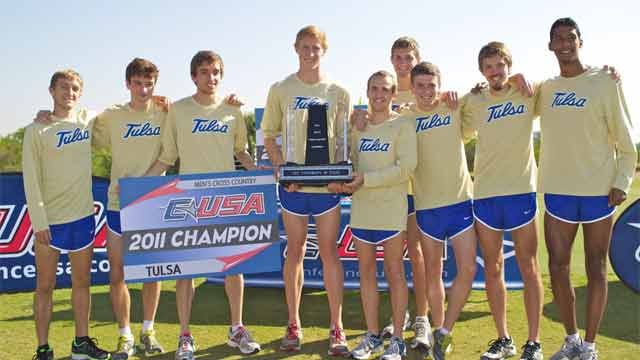 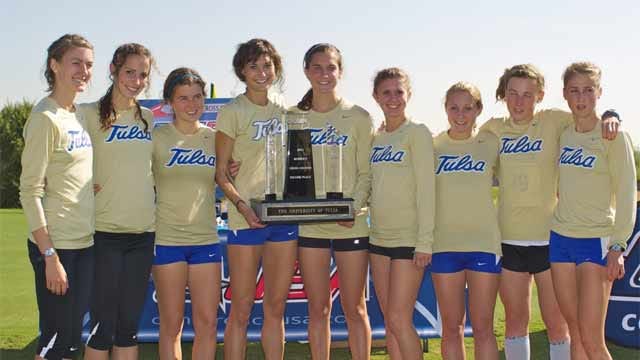 "There was a lot of pressure for the guys because they have been running well this season," Tulsa Head Coach Steve Gulley said. "UTEP has always run well at this meet, so it was relief to get it off their back. It was important for them to win back-to-back titles."

For the men's team this is the third title in the past four years. The Golden Hurricane finished with 35 points—13 ahead of second place UTEP.

TU had runners place in six of the top-11 positions and all of those runners finished with personal best times. Carl Stones, a senior, placed fourth overall with a time of 24:01.5 and freshman Andrew Heyes came in right behind him in fifth at 24:02.6.

The rest of the men's top five teams included Houston in third with 71 points, Rice with 108 points and Marshall in fifth with 133.

In the women's race, senior Paula Whiting was the third overall finisher with a time of 16:43.6.

TU finished with 59 points, just two shy of SMU's 57 points for the title. Rice came in third with 83 points followed by East Carolina (86) and UTEP in fifth with 162 points.

"The girls did everything I asked them, but they just couldn't finish," Gulley said. "It's a heartbreaker for sure, but I was proud of how they performed. If you asked me back in July if we were going to be in position to win Conference USA, I would have said no. We did a great a job, and SMU just beat us."

The Golden Hurricane also had three other runners place in the top-11 and a total of five members were named to all-conference teams.

Junior Ashley Scott finished eighth in a personal-best time of 17:33.5 followed by fellow junior Jaclyn Rollins who came in 11th with a time of 17:37.0.

Whiting earned a spot on the all-Conference USA First Team for the second-straight year while Scott and Rollins were both named to the all-C-USA Second Team.

"We're headed in the right direction, and I'm pleased with how we performed today," Gulley said. "The guys understand the importance of the conference meet and what it means to The University of Tulsa."

Next up for the Golden Hurricane will be the NCAA Midwest Regional at 10 a.m. Nov. 12 in DeKalb, Ill.