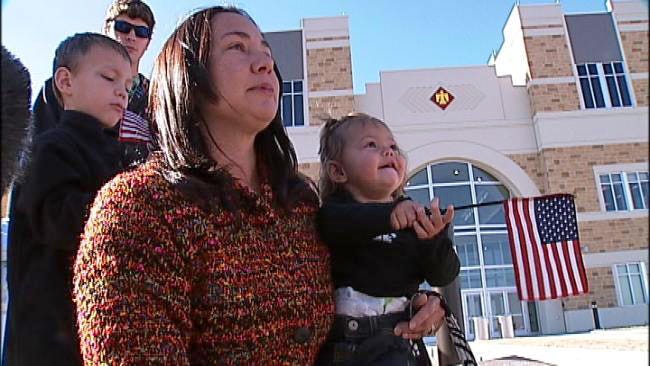 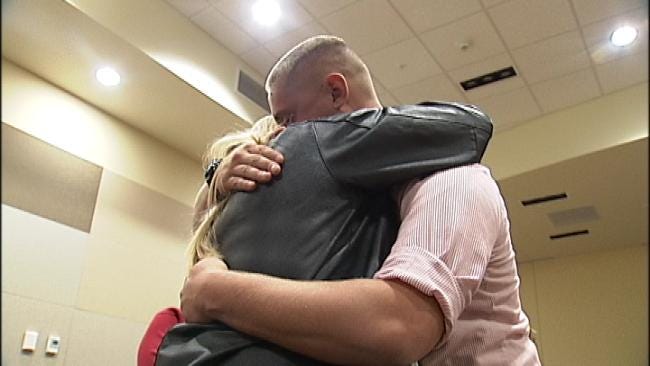 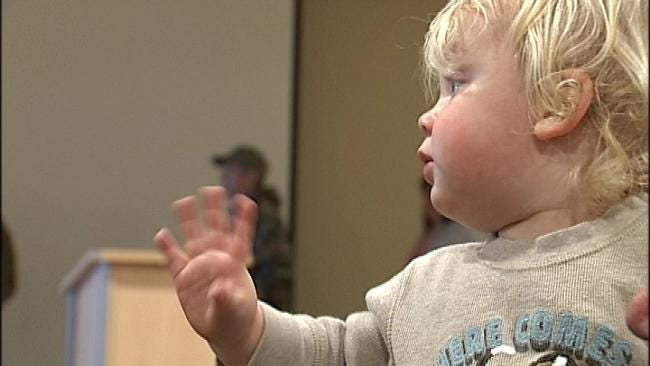 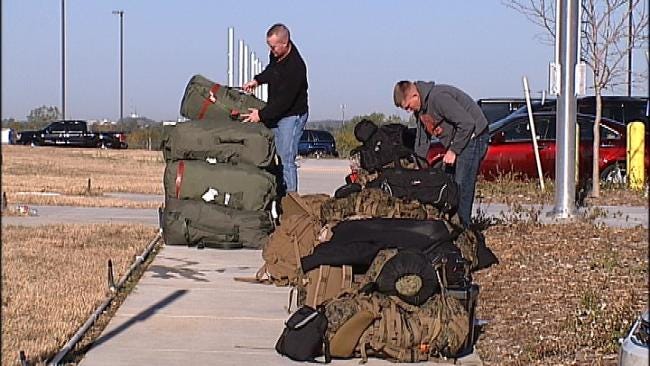 The men will spend a few months training in California before going to Afghanistan. Their families are sad to see them go but proud that they're serving their country.

They packed the room to say goodbye. Lance Corporal Sam Pickle held on tightly to his mom.

"I'm excited to go...just pretty glad to have the opportunity for it. It's going to be a lot of good training, just glad to be out there doing my part," Pickle said.

As the men look forward to their mission of training Afghani forces, the families are proud their son, brother, father, or uncle volunteered to serve.

"I've heard other people go, 'Why is your son in the military?' and it's like, 'Somebody's son has too.' So I'm proud that he stepped up and wanted to," Pickle said.

This is Tyler Owens' first deployment. His grandmother is nervous but positive he has an angel on his shoulder.

Lance Corporal Owens is confident his training will help him through the tough times.

As the departure time gets closer, emotions begin to swell. Finally the bags are loaded, the vans full, and the families hoping the next year brings nothing but good news.

"Just remember us all in your prayers and all the Marines that are over there serving and all of our armed forces that are serving," said Marcia Shinn, Marine's mother.

The men will train at Camp Pendleton in California until the beginning of next year. They'll then go to Afghanistan where they are expected to remain until next fall.