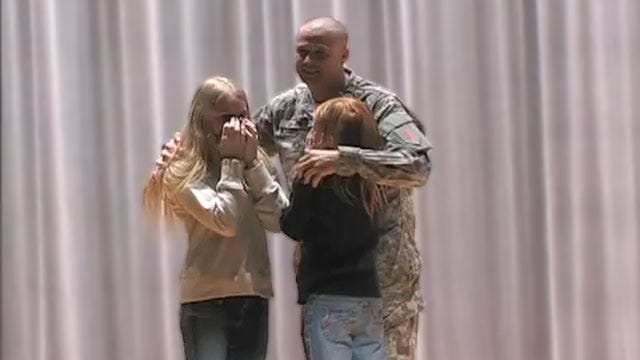 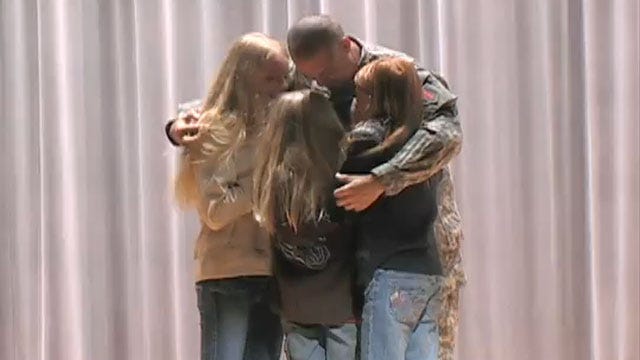 PONCA CITY, Oklahoma -- Three Ponca City kids got an unexpected visit from their dad who just returned from a one-year deployment in Iraq.

That's when their dad, Sergeant Jeffrey Beard, walked out from behind a curtain.

Beard had just returned from serving in Iraq in the 2nd Brigade 17FA division, and the girls had no idea their dad was on Sooner soil. The girl's younger sister, Savannah Beard, was also brought in for the family reunion.

The girls' mother asked the school Friday if she could surprise the students with the unannounced return of their father. The school agreed and set up the ruse.

"The girls would be randomly chosen to give our morning announcements. While the girls did the announcements, our counselor escorted the girl's father behind the stage curtain," West Middle School Principal Adam Leaming explained.

After the curtain was lifted and the girls saw their dad, a standing ovation broke out from the 800 people in attendance.

"I can't think of a more inspiring way to start a week," Leaming said.

As you can imagine it was an emotional reunion. The principal says there wasn't a dry eye in the house.