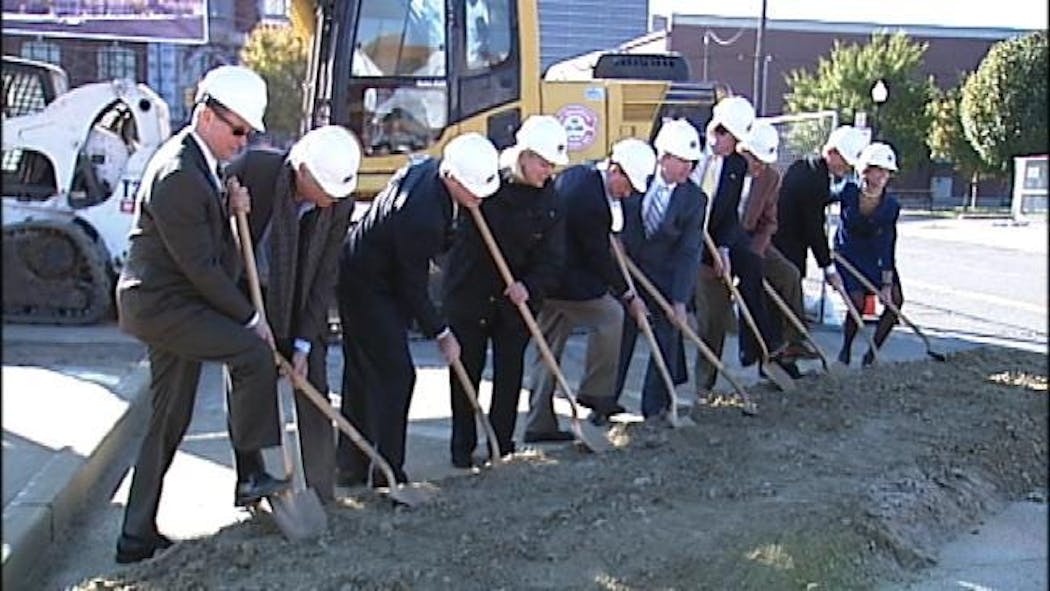 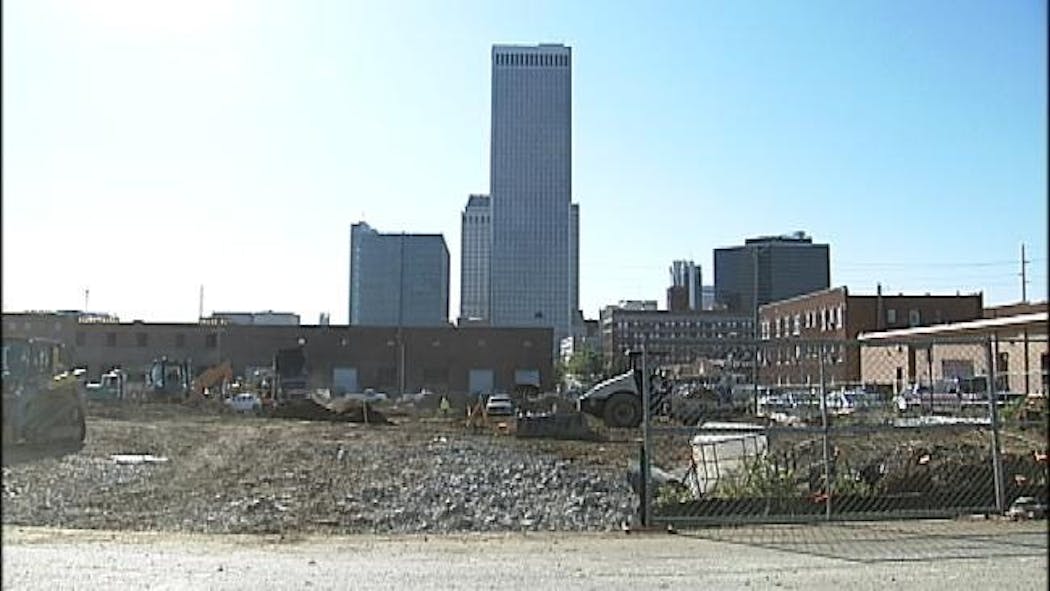 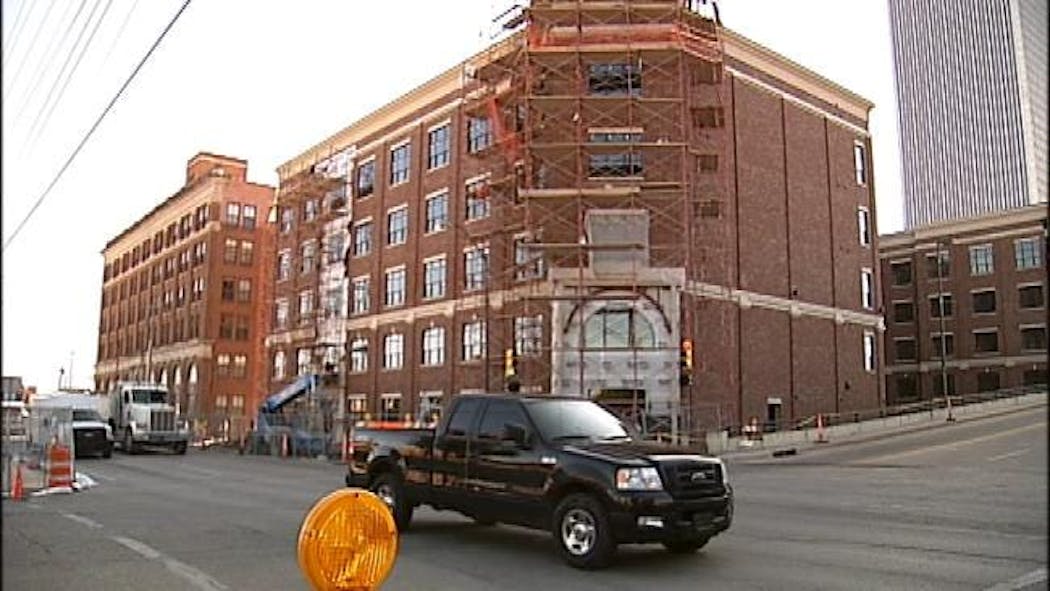 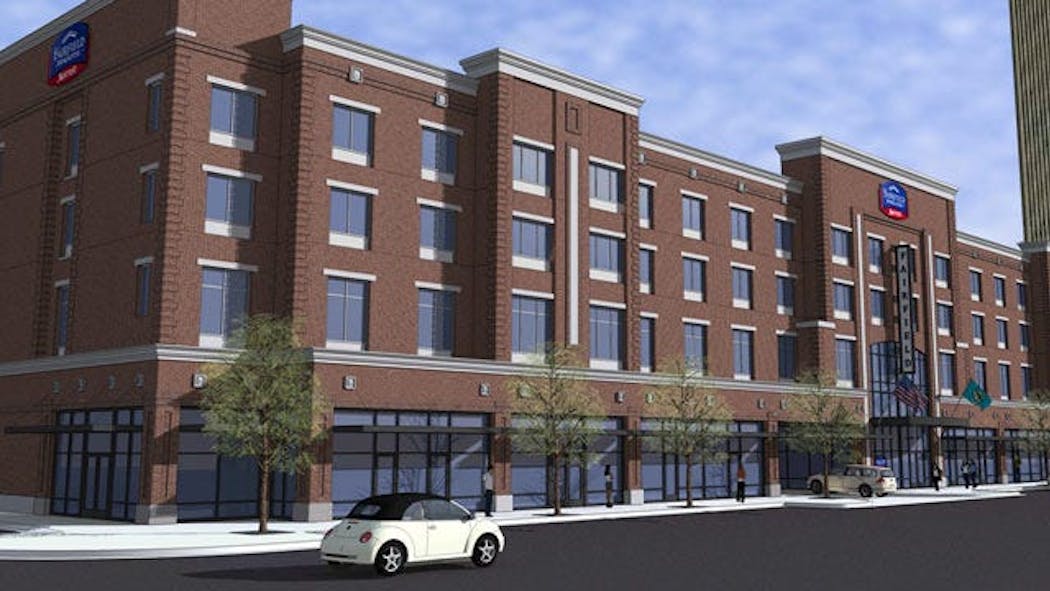 TULSA, Oklahoma -- Ground was broken Thursday on some good news for Tulsa's economy. Developers estimate there is about $100 million worth of construction going on right now in the Brady District, in downtown Tulsa.

All this construction and development is being hailed as a renaissance for downtown Tulsa.

Our parent company Griffin Communications began construction on a new building just a few weeks ago. Thursday morning, the area was abuzz with activity as construction workers used backhoes and bulldozers to prepare the foundation.

News On 6's future studio is not the only construction site in the Brady District. Several square blocks are under construction.

Thursday, city leaders broke ground on another big project. What's now a pile of dirt, will be Tulsa's newest hotel.

It boasts retail, restaurants and 104 hotel rooms that will add 75 jobs to Tulsa.

"I was standing out here the other day looking at the construction and realized that we have the oldest building in downtown Tulsa, the Fox Hotel. Now, we'll be standing right across the street from the newest hotel in Tulsa. A hundred and five years of history right here at this intersection," said David Sharp with the Brady District Hotel Center.

The hotel is now part of the latest chapter in the Brady District's history, buoyed by its two anchors, BOK Center and ONEOK Field.

"I can't think of another location in Tulsa County right now where there is that much new construction in progress," said David Sharp.

Big trucks are now turning dirt on every corner. Building two grocery stores; the Hardesty Arts Center with classrooms and galleries; the future home of News On 6 and SkyNews6 and 75 lofts inside what was once the old Tribune newspaper plant.

"We have a little island down here with many, many thousands of workers just within a few blocks. They like living where they work," said Steve Ganzkow with the American Residential Group.

All of these projects convinced Scott Moore to roll the dice on his restaurant, Hey Mambo last year.

"It's really fun. You feel like the kid in the big city where the construction fences are around and you're peering through the big holes. But you see everything that's going on. It's exciting," said Scott Moore.

So there is good news, watching history unfold in a part of Tulsa with so much history to offer.