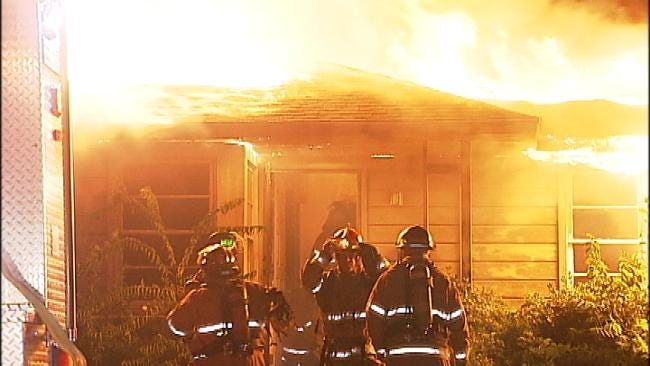 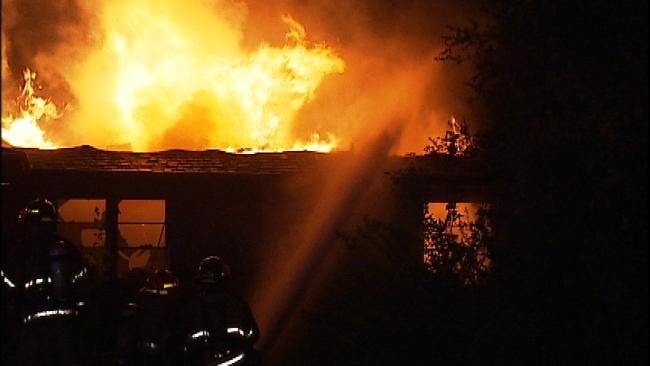 Crews had to be called back at one point when the roof collapsed.

Tulsa Fire Department District Chief Michael Atchison said his crews did a search of the house after the fire was extinguished, but the home appeared to be vacant.

The cause of the structure fire is under investigation.

"It was an abandoned house; there's no reason for it to catch on fire," Atichison said.

Utilities were connected to the house, but it was not known if they were active. No one was injured in the blaze.