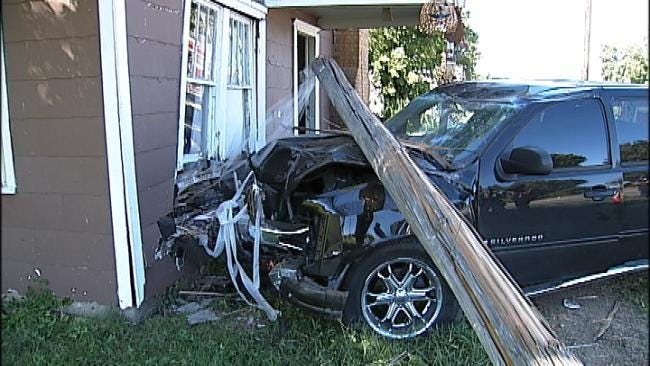 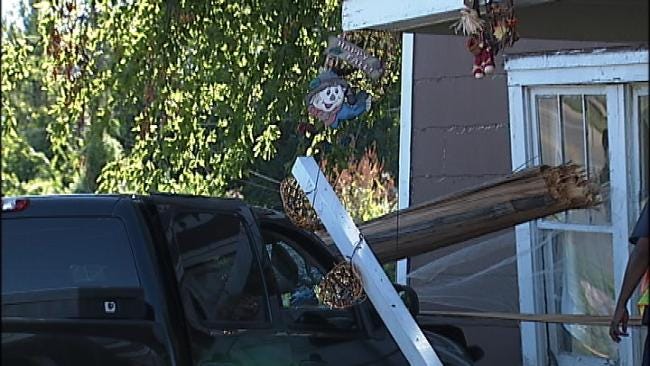 TULSA, Oklahoma -- A north Tulsa home was damaged after a truck crashed into it Friday afternoon. Police say neither the driver nor anyone inside the home were injured.

Police say the driver of a truck was northbound on Cincinnati when he began choking on coffee, causing him to lose control of his truck.

The truck then veered off the road and hit a light pole before slamming into the front of a house.

The driver was not cited.