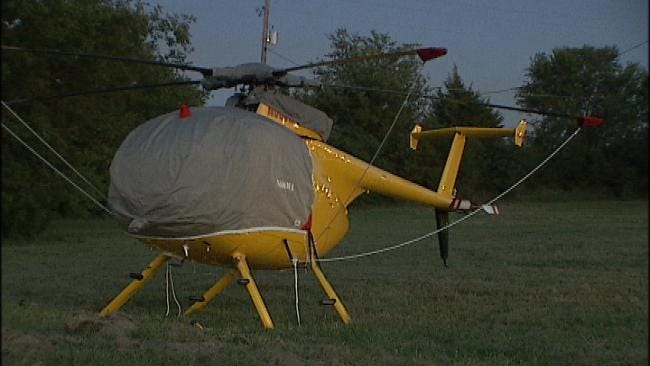 CHOUTEAU, Oklahoma -- The FAA is investigating an incident involving a helicopter near Chouteau Tuesday evening.

The Hughes 500 helicopter hit a power line on takeoff south of town on Highway 412. The helicopter was not damaged and there were no injuries, according to the Oklahoma Highway Patrol.

Troopers say a husband and wife were in the helicopter when one of the skids contacted the power line just after lift off. The wife was flying the helicopter, troopers say.

The FAA has grounded the helicopter until Wednesday morning when they arrive to investigate.