Should Boise State go to Big 12? 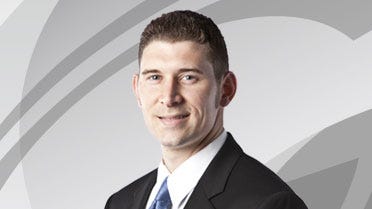 Now that the Big 12 is down to nine teams, the behind-closed-doors chatter to try and coax another team into the league will begin in earnest. I've heard a lot of suggestions over the past few weeks. Here are my thoughts on some of them:

Who better to compare the Broncos' chances in the Big 12 than Tulsa head coach Bill Blankenship, who just played OSU, OU and Boise State in a 4-week span. I share his thoughts on the Broncos chances:

"Boise State, I believe, could play with (OU and OSU) any given day. I don't think they are as talented as either of them. Boise State is a very good football team. They're extremely well coached and they're a very tough, disciplined football team".

If Bill thinks they fit, they probably do. I understand that there is more that goes into this decision than just on-field performance. Boise is really small. I doubt they'd be invited.

I'm not sure what all the clamoring is about with the Cardinals. They do have a big stadium and they do bring in a different market, but I'm not sure expanding the Big 12 brand to basketball-rich Kentucky is the best choice. Football drives the realignment bus. Louisville hasn't won jack in years, either.

This is the debate that people have been having: is TCU good enough to bring into a BCS conference? Yes, they have won A LOT over the past five years. Yes, they are geographically a good fit. Yes, they can probably compete with some teams in the Big 12. Will they get invited? I don't think so. The Frogs' recent football success is too small of a sample size to use a selling point and they don't extend the Big 12's footprint outside the area of the country that it already occupies.

Houston is a pretty good size television market and would kind of extend the Big 12 reaches a little further south to a degree, but it's STILL TEXAS. The Cougars have had a nice little run lately at the top of Conference USA. That's totally different from Big 12 play. Ask Tulsa how the talent level stacks up. Houston doesn't bring enough to the table, in my opinion.

The ONLY card that the Mustangs can play is the Dallas card. Yes, they are in a large, metropolitan area with a lot of Big 12 interest already, but, again, the Big 12 already owns Texas. Why bring in another lesser team with a tiny stadium who will get stomped by better competition?

This is an interesting one. The Mountaineers have had success in the Big East and have played in big BCS games in the last ten years. They are going to bring in a lot of fans from a different part of the country and that program gets a lot of donor support from its alumni base. The stadium seats 60,000 fans. That's roughly the same size at Oklahoma State's digs. This is a program that may be in play, but may also be on the eyes of the SEC or ACC, as well.

This is the team that is most likely to join, in my opinion. They are way outside the current Big 12 landscape and bring in a ton of new fans. They have sustained success and would be able to join right away. The Cougars might be on the shopping lists for other conferences, but I think the Big 12 makes the most sense for them.

Finally, the Golden Hurricane. Athletic Director Bubba Cunningham is convinced that this team will be a good fit in the Big 12 because of its football program, its academics and its status as a private school. He thinks having a mix of public and private institutions will make for a better league. The problem is, Tulsa is too small. The stadium holds 30,000. The enrollment is hovering around 4,000. The fans support isn't as great as the Big 12 conference would like it to be, I'm sure. I don't think Tulsa gets invited to join anytime soon.

Should Boise State go to Big 12?