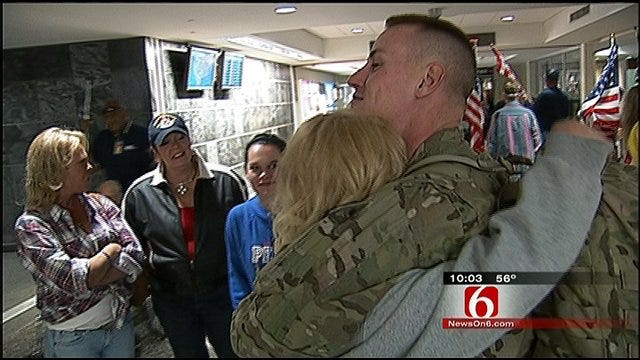 Jackson previously served in Iraq, but the mortarman says his current deployment to Afghanistan with the 45th has been a lot more intense.

Jackson's home for two-weeks' leave before returning to the front.