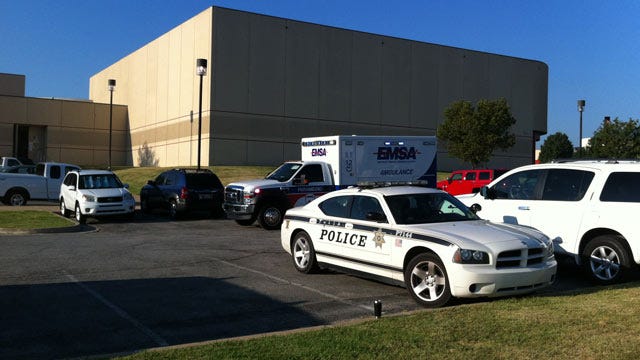 TULSA, Oklahoma -- A 12-year-old female student at Tulsa Union's 6th and 7th Grade Center was transported to a Tulsa hospital after a near drowning incident Monday morning.

The incident happened at the pool at the school in the 10100 block of East 61st Street.

The student was alert and sitting up when she was put into the EMSA ambulance.  EMSA says she was transported in fair condition.

Tulsa Union superintendent Dr. Cathy Buren says the student was taken to the hospital to be checked out.

The name of the student was not released.