Looking Ahead to the 2011 Tulsa Season Bobby Breaks Down The TU Preseason 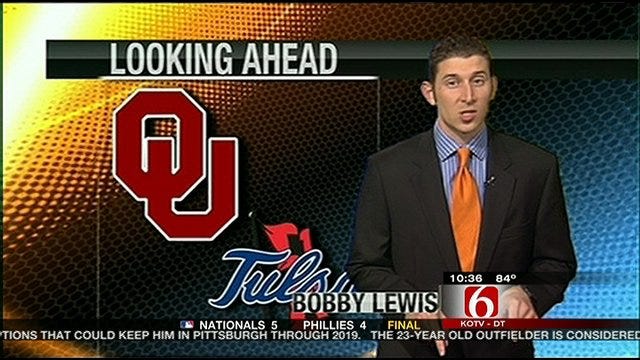 TULSA, Oklahoma -- The Golden Hurricane players return to class on Monday and are now officially in game mode. The Tulsa coaching staff is treating the next seven days as if it was a game week.

Tulsa will visit the top-ranked Sooners on September 3rd, and getting into a routine now should help the team.

Fall camp ended with an 83-play scrimmage Saturday morning and will not practice again until Tuesday. Head coach Bill Blankenship stressed the importance of getting serious this week and paying attention to the details needed to prep for Oklahoma.

Joe King and Clay Sears have caught the eyes of players in camp. King switched from the offensive line to the defensive line midway through fall workouts and is slated as a starter at tackle. His progression has impressed coaches a lot. Sears, a senior tight end, is emerging as an important target for senior quarterback G.J. Kinne.

Sears will keep defenses honest and prevent them from crowding the line to stop the run, or honing in on receivers like Damaris Johnson and Jordan James. He caught a pair of touchdown passes a year ago.

Tulsa is not ranked in the Top 25 but did receive three votes in the preseason AP poll this week.

Looking Ahead to the 2011 Tulsa Season