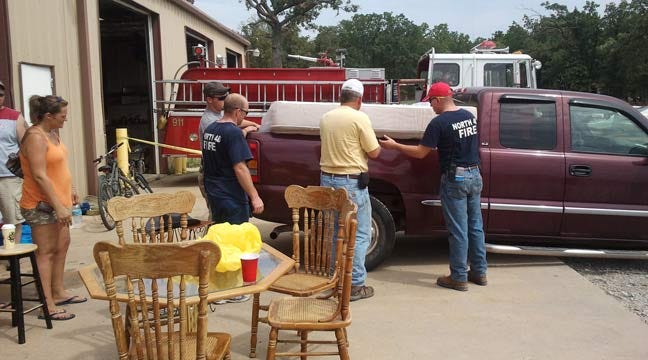 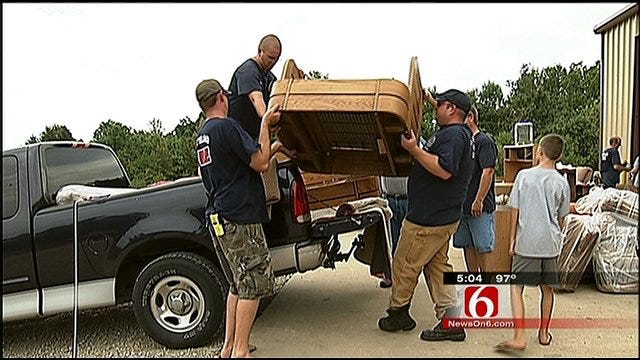 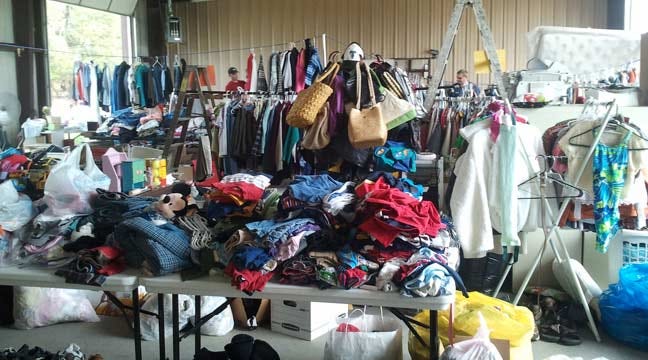 Firefighters held a giveaway to help victims of the devastating fire in Terlton two weeks ago. The community donated everything from clothes, shoes and baby items to furniture, toys and money.

"We collected a lot more donations than we expected," said one firefighter. "But that's a good problem. "

Jerry Wells from Broken Arrow brought furniture, linens and appliances after seeing the devastation of the fires.

"It's just the thing to do. It's tough and it's really tough when you see it getting the horses, cows and everything else," Wells said.

North 48 firefighters turned their station into a warehouse to accept all the community donations.

Alongside Cleveland firefighters, they sorted through clothes, shoes, baby items, furniture and toys that fire victims in the Terlton area could take for free.

Two people were killed and 46 homes lost to a wildfire authorities believe was deliberately set.

Families lost everything and while some items can't be replaced, this is a good starting point.

"Some people still don't have a place, so we've still got some families living in tents and we're trying to help them. We've got a gentleman offering a trailer house free of charge," said North 48 Fire Chief Ryan Spyres.

The firefighters know it's a long road before victims totally recover and they plan to support them every step of the way.

"We're just trying to stick with them and help them in any way that we can. Anything we have they are welcome to," Chief Spyres said.

Whatever items are left over will go to agencies like the American Red Cross, Salvation Army and Goodwill to help others in need.